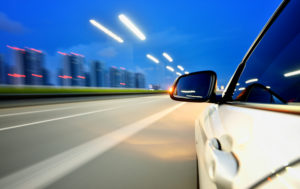 Since becoming Premier, Kathleen Wynne’s focus on the auto insurance file has been to bring down rates. The government originally set a rate reduction target of 15%. After several years, the target was quietly abandoned. The government has done a lot of tinkering with the system without providing much rate relief to Ontario drivers.

During the past four years, the government has slashed mandatory coverage, transferred responsibility for disputes to the Licensing Appeal Tribunal and introduced further restriction on accessing the courts.
Major Ontario Coverages
Much of the reforms has focused on accident benefits coverage. However, accident benefits are only one of three major coverages. The others are third party liability and physical damages.
Industry data shows that physical damage claims are driving up the cost of auto insurance in Ontario. However, the government’s focus has been largely on accident benefits.
The chart below shows that between 2012 and 2016, claim costs rose 28.1%. While accident benefit costs rose 27.1% during that period, collision claims costs rose 49.9% and direct compensation claims costs 56.8%.
CHART 1 – PERCENTAGE INCREASE IN CLAIMS COSTS
Why Are Physical Damage Claims Costs Going Up
A number of large insurers have recently announced that they plan to file for auto insurance rate increases in Ontario, including Intact, Aviva and RSA Canada.
Intact indicates that new technologies and more expensive car parts have increased the cost to repair cars. Aviva blames escalating repair costs, distracted driving and fraud for rising claim costs. RSA Canada also blames the cost of auto repairs.
Distracted driving is causing an increase in the number of auto accident after years of falling accident frequency rates. Increased frequency rates also put upward pressure on third party liability and accident benefit costs. This explains why the reforms undertaken in Ontario over the past few years has had little impact on premiums.
The recently announced Ontario auto insurance action plan is not likely to significantly reduce rising auto insurance claims costs.
Possible Action
·         The government and industry need to direct more resources to preventing and prosecuting fraud.
·         A recent Aviva investigation reveals fraudulent activity continues to exist in the towing and repair of damaged vehicles. More comprehensive regulation of the towing and auto repair sectors is needed.
·         To address distracted driving, the penalties need to be as severe as those for drunk driving. The government could introduce administrative penalties for distracted driving. Introduce a requirement that would see cellular telephones blocked while a car is in motion.