How to Possess a Great Dane 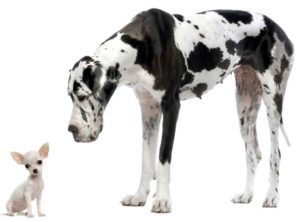 Can the definition of “owner” under the Dog Owners’ Liability Act include someone who does not have dominion and control over the dog? The Court of Appeal for Ontario says “yes”.

Take a Bite of the Dog Owners’ Liability Act

By way of background, section 2 of the DOLA imposes strict liability upon an “owner” of a dog that bites or attacks another person or domestic animal:

Where more than one owner

Contribution by person at fault

(4)  An owner who is liable to pay damages under this section is entitled to recover contribution and indemnity from any other person in proportion to the degree to which the other person’s fault or negligence caused or contributed to the damages.

Section 1 of the Act defines “owner”:

“owner”, when used in relation to a dog, includes a person who possesses or harbours the dog and, where the owner is a minor, the person responsible for the custody of the minor; [emphasis added]

Zeus Slips Down the Mountain

In Wilk v. Arbour, Mr. Arbour owned a Great Dane named Zeus. At all material times, Arbour was in a romantic relationship with Ms. Wilk. On December 28, 2013, Wilk offered to take Zeus for a walk and Arbour accepted her offer.

During their walk, Zeus, who was on a leash attached to his collar, suffered a seizure and became unconscious. When he regained consciousness, he backed up, came out of his collar, slipped on ice and fell down an embankment into a ditch. Wilk tried to retrieve Zeus, but also slipped into the ditch. She collided with Zeus and Zeus bit her thumb, causing her to lose her thumb above the joint.

Wilk sued Arbour for her injuries. She claimed he was liable under section 2 the DOLA. She also sued him in negligence.

Arbour brought a summary judgment motion, arguing among other things, that Wilk was an “owner” at the time of the accident and therefore she could not sustain a claim under the Act as an “owner”. Arbour also argued that Wilk’s injuries were not reasonably foreseeable and sought to have her action in negligence dismissed against him as well.

The motions judge found that Wilk was not an “owner” under the DOLA and held that she could maintain those claims against Arbour. He also found that Zeus was not in her “possession”. However, he dismissed her action for negligence, finding that the injury suffered by Wilk was not a reasonably foreseeable consequence of Arbour’s actions.

The end result was that Wilk’s action against Arbour under the DOLA could proceed to a trial on the damages issue.

The motions judge held that the word “possesses” under the definition of “owner” means the “exercise of dominion and control similar and in substitution for that which ordinarily would be exerted by its owner (namely the person to whom the dog belongs) over the dog.”

The Court of Appeal disagreed and found that the motions judge went too far by requiring the person in question to have “dominion and control” similar to the owner:

Thus, the weight of Canadian jurisprudence respecting harbouring requires “some degree of control” in the specific situation of providing shelter to a dog; it does not use the phrase “dominion and control” as does the American jurisprudence relating to the keeper of a dog. The word,” dominion” is defined in The Shorter Oxford Dictionary, Thumb Index Edition (1993) as follows: “Sovereign authority” and “control”. Reading in the word, “dominion” in addition to control, in order for a person to possess a dog, as did the motion judge, imports a requirement that the person who physically has the dog has the right to exercise sovereign authority or the highest measure of control over the dog and stands in the shoes of the owner.

Accordingly, the Court held that the word “possesses” in the definition of “owner” under the DOLA includes a person – such as Wilk – who is in physical possession and control over a dog just before it bites or attacks another person or animal.

As an aside, the Court of Appeal also found that the motions judge made a palpable and overriding error when he held that Zeus was not in Wilk’s possession at the time of the incident. The Court held that the critical time to determine possession was the time just before the incident. As Wilk was the person exercising actual control of the dog just prior to the incident, and she was best placed to prevent the bite that occurred, Zeus was in her possession.

Court of Appeal Puts Wilk in the Doghouse

The Court of Appeal held that to establish liability for animals in negligence, special circumstances must exist. The owner of an animal cannot be negligent if the animal acts in an unexpected way and injures someone.

The Court of Appeal agreed with the motions judge that Wilk had failed to prove that Arbour, as Zeus’s owner, could have reasonably foreseen the danger that could result in Wilk’s damages. The Court held that Wilk’s decision to leave the safety of the path, and proceed down the icy slope to retrieve the dog, interrupted the alleged chain of causation and was an intervening act: “Given this voluntary, intervening act, Mr. Arbour’s alleged negligence was not the proximate cause of Ms. Wilk’s injury.”

Following this case, I am now trying to talk my 11-year old out of her aspirations to start a neighbourhood dog-walking business.