Employment, Insurance, Technology: Are We Limited to Two Choices? 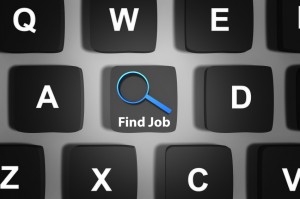 Since I started working with technology,  I have relied on an aphorism when talking with nervous non-technology folks: “Technology doesn’t really destroy jobs; it creates new ones.”

I likely missed the memo, but this may have become a lie sometime over the last five years or so. Has technology become an insurance job-eater?

Concern about machines taking people’s jobs goes back at least two centuries, when Luddites prowled the earth.  Since the advent of computers, this concern has been given a name: ‘technical unemployment’, the concept that technology is destroying more jobs than it produces.

Trained IT professionals (present company included) have dismissed this as fear-mongering. We have, by and large, won the day.

However, the concept is being brought to the mainstream media by big thinkers, including Wendell Wallach, lecturer at Yale College and chair of The Yale Interdisciplinary Center for Bioethics. As reported in Business Insider, during a presentation at the Carnegie Council for Ethics and International Affairs last week, Wallach said that emerging technologies – including robotics and 3D printing – are creating technological unemployment.

According to Wallach, the results are not going to be pretty: “When people no longer receive the money from wages they need to support their families, it is hard to know what they will do, but in the past and in other countries this has been thought of as a situation ripe for a revolution,” he said.

Technology makes us more productive, we can do more with less. Companies respond to this by doing more. They don’t tend to settle for the cost-savings of having fewer workers to get the same revenues. Rather, they use the same workers (or hire more) to get bigger revenues.

And the jobs will be better, just as making cars was better than looking after horses, and making smart phones is better than making pagers (remember pagers?).

Enough theory, what is the reality for insurance?

For a variety of reasons, the insurance industry generally, and in Canada specifically, has suffered a chronic shortage of professional and management talent coming in to the industry.  This is being exacerbated by boomer retirements.

We also seem somewhat insulated from economic disruptions. According to the Insurance Institute of Canada’s 2012 demographic survey, recruitment activity increased noticeably from 2007 to 2012 (12 basis points), “despite the degree of economic turbulence since 2008.”

So we’re insulated from ‘technological unemployment’?

A number of analysts are seeing fundamental, technology-driven changes to the insurance business.  I recently reviewed Accenture’s Vision for Insurance 2015, which saw a future that will include powerful analytic and cognitive computing platforms.

Initially, intelligent machines will reduce the workforce at a clerical level by assuming routine tasks.  Over time, however, the machines will take greater responsibility for risk analysis and underwriting.

Accenture concludes: “Tomorrow’s leading enterprises will be those that reimagine their workforce and effectively blend humans and technology as partners.” This partnership could include putting humans in the role of training the machines, which take on increasing operational responsibilities.

A variation on this comes from  Google’s entry into insurance distribution.  Google is bringing powerful data tools that will not have to be duplicated in by its insurer partners.

As Google aggregates data (a core strength), could it become an outsourced underwriting service?

So where does this all lead?

The question of the future of work is being debated at many levels.  It would seem that insurance could be swept in to the discussion.

I’d like to get your thoughts, perhaps at ICEF2015, on August 31, 2015 in Toronto. This event provides executive level information on Threats and Opportunities for Canadian P&C insurers and brokers.

Breaking through legacy thinking for change

How Insurance (and Insureds) Can Weather the Storms