On Innovation in the Workplace

New methods needed: Data studies have shown that teams talking with others outside their group are more successful

With a little help from Brad Pitt on the way, arguably it was Michael Lewis who first introduced ‘big data’ into the public consciousness with the publication of his book Moneyball more than a decade ago. His account of how a baseball club assembled a competitive and ultimately successful team despite its weak financial situation revealed to a global audience the power of analytical, evidence-based metric approaches in developing winning strategies.

As consumers, we might not always like or fully understand it, but we have mostly come to terms with the knowledge that our purchasing decisions and behaviours are collated into mega data sets and pored over by those that sell us things. After all firms like Netflix and Amazon have built global business empires largely based on recommending films and products to us derived from our earlier interactions. However, our acquiescence about retailers collecting and using the data our actions generate might not extend to our employers doing the same. Yet this is exactly what is set to happen; the world of work is about to get a makeover, at least that is the prophesy of Tim Adams writing brilliantly in this weekend’s Sunday Observer.

According to Adams, job interviews could be a thing of the past as companies use ‘big data’ to predict the best candidates to employ. For example, by analyzing a vast volume of on-line dating digital records (of all things) one researcher has developed an algorithm that is predicting with 95% accuracy, the ranking of teams in business games based solely on a 25-question application form. He is now encouraging companies to use his techniques to identify and engineer the careers of their high performers

More controversially, Adams believes that soon it may be commonplace for employers to electronically monitor their staff. An MIT professor, Alex Pentland has persuaded employees to wear sensory badges to collate the tone and range of their interactions and body language in order to use the data to determine what makes a successful team. Interestingly he has found that experience, education, gender or even personality-type matters less than a willingness to talk to lots of people: open engagement was the major explanation of differences between high and low performing teams in his studies.

If the insurance industry is viewed as essentially the fusion of financial and human capital, then the willingness to embrace data analytics is strikingly uneven. On the one hand the latest models and computer simulations have been eagerly embedded into processes designed to preserve financial resilience. Yet at the same time modern technology has mostly been ignored as a means to manage human resources better. Insurance leaders are fond of taking pride in their people but in reality have invested little in innovating the way we are recruited; how our careers are progressed; how we are rewarded; or where and how we work. Just like the Oakland Athletics in Michael Lewis’ book, there is a similar prize potentially for an insurer who dares to be different and shakes off long held beliefs about how to create a contented and successful workforce.

Insurance Customers are Mobile – Are You?

How Insurance (and Insureds) Can Weather the Storms 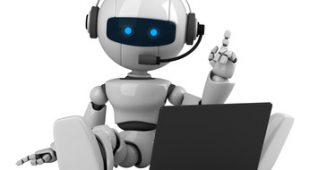