As President & CEO, Andrew Lo leads all digital innovation and operations for Kanetix Ltd., Canada’s largest digital customer acquisition platform for insurance and financial services. He is also a Business Strategy Advisor for Ryerson University’s DMZ helping to develop entrepreneurs and startup companies at Canada’s largest startup incubator. Andrew has over 24 years of experience as a business and technology leader for FinTech companies such as Filogix and D+H, and has developed organizations from startups into industry shaping ventures with over 4,000 employees.
website 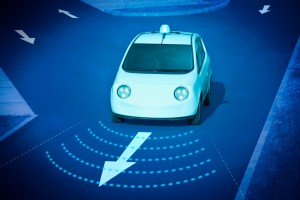 There have been huge changes in technology for the automobile. Evidence of this is the Consumer Electronics Show (CES) where car manufacturers including Ford, Mercedes-Benz and Audi dominated last year’s keynote agenda. They boasted their vision of computers as an integral part of the driving experience that goes far beyond GPS and entertainment.

Car manufacturers are investing billions into the research and development of the autonomous vehicle. Computer and software makers are even getting into the game with Google testing autonomous vehicles on the roads of California, and rumours of Apple hiring hundreds of employees to secretly develop the Apple Car.

The drive to produce an autonomous vehicle has produced advancements that are featured in many newer vehicles including self-parking capability, driver assist technology, and automatic collision avoidance systems. The boldest is perhaps Tesla’s first version of autopilot software for their newer models. Immediately you hear of drivers “autopiloting” from Toronto to Montreal.

So how does all this technology affect driver education and insurance? Surely, this changes everything. We are likely still a few years from driverless cars hitting the mainstream, and until then, we will still have human drivers behind the wheel. Even “autopiloting” requires adult supervision. Earlier this year, auto manufacturers challenged insurance companies at CES to start innovating their products and rating to prepare for an autonomous world of cars. For an insiders take, I had the opportunity to meet with Peter Christianson, President & Program Developer of Young Drivers of Canada. Young Drivers is the largest driver training organization in Canada and has been teaching Canadians how to drive for over 40 years. Peter plays an active part in the design of the Young Drivers’ CollisionFREE driving program. 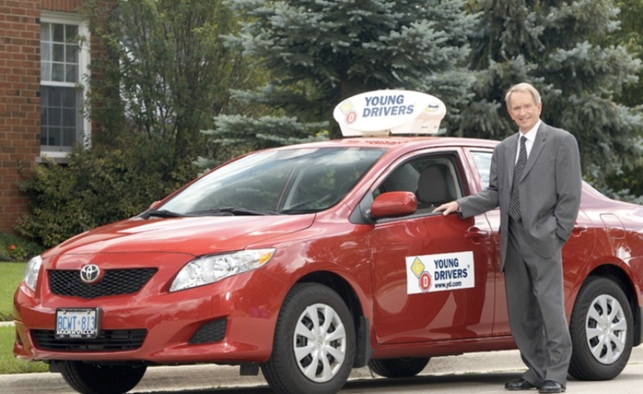 Teaching Google Cars How To Drive 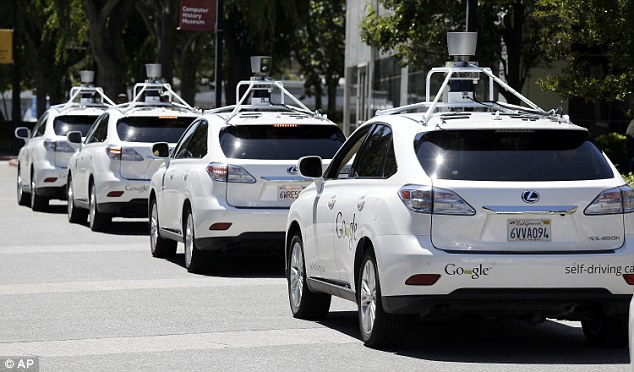 Google cars have logged over 1.9 million miles of autonomous driving. That doesn’t mean there isn’t someone behind the wheel. California law requires self-driving cars to have a passenger behind the wheel who can take over in an emergency. Google claims that out of all those miles on the road, a Google car has only been involved in 14 collisions over the past 6 years, of which none were the fault of the technology. All collisions occurred when another vehicle collided with the Google car.

Peter knows the root cause of this failure. While Google says technology didn’t directly cause the collision, it didn’t try to actively avoid it either. At Young Drivers, Peter teaches students to always build in an escape route when stopped and to check your rearview mirror often (every eight seconds to be exact). If a car is approaching too fast and getting too close, you can escape to avoid the collision. “Google cars can’t do that yet,” claims Peter. “Google needs to hire me as a consultant for a month.”

Earlier this year, the team at Kanetix.ca built a virtual reality (VR) driving simulator with the Oculus Rift and iRacing.com. We took it for a test drive at the Canadian International Auto Show in Toronto as part of an anti-distracted driving program put on by SeriouslyJustDrive.com. The simulator felt so real that driving enthusiasts were waiting 20 minutes to go for a spin. I asked Peter if he has ever considered using Oculus VR for driving training. “No,” says Peter, whose reaction was definitive and immediate. The simulation created in VR is not yet realistic enough to build collision-free driving skills in the real world. But, Peter has an alternative. He has been filming real-life driving scenarios and stitching videos together to bring his own flavour of VR to the classroom.

This illustration gives an early view of the technology Peter has been working on and will be used in Young Drivers’ classrooms starting in 2016. Using real-life footage, he’ll be able to train drivers on the proper use of mirrors in ways the Oculus cannot.

Peter has statistics that Young Drivers of Canada’s alumni students have lower than industry average loss ratios due to claims. He believes his Collision-Free driving program will improve that even further.

The Role of Telematics

The team at Kanetix had a chance to show Peter the DriveSmart app. The app is designed to simulate usage-based insurance. It tracks your driving by monitoring braking, acceleration, and handling. It automatically starts tracking when you drive and stops when you arrive at your destination. At the end of your trip, you get a driver score out of 100, and a map that shows where during your drive you accelerated or braked too hard. Peter tested this app and has been considering how it can be used to give immediate feedback at the end of an in-car driving lesson as a tool for instructors. “Telematics will soon be installed in all cars and we need to start teaching students the latest in insurance technology,” says Peter. 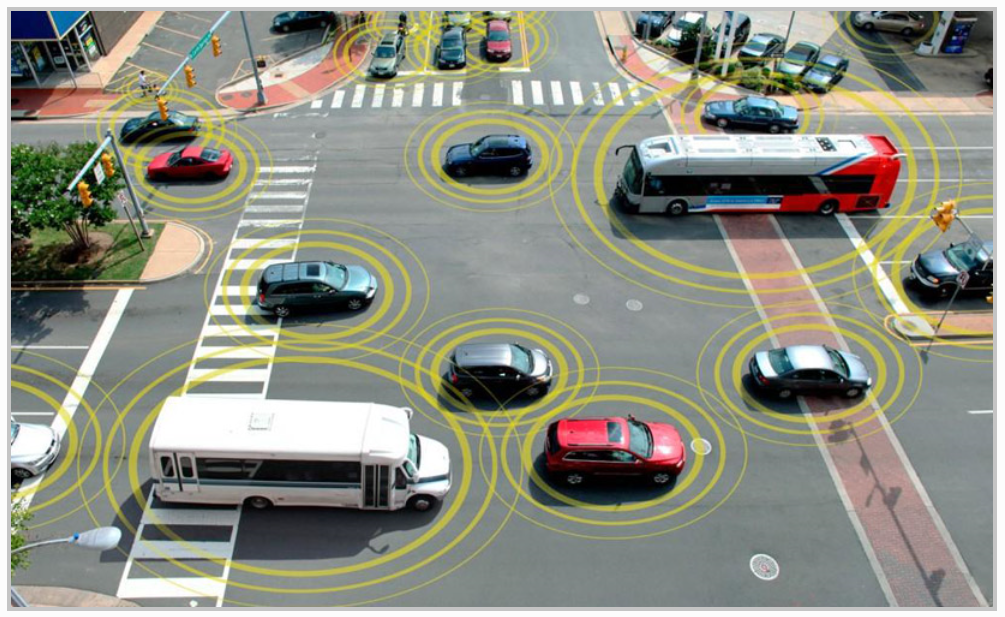 Today, when you take your in-car driver’s exam, you are not allowed to use the latest advancements in automotive electronics or assistive devices. Rearview cameras, blind spot indicators, or any other driver assist system are simply not allowed to help pass the exam. Many new model cars come with 360 degree sensors and driver assist systems to help drivers avoid collisions that include auto-steering and auto-braking. These functions can’t be turned off. According to Peter, it is time to update the regulations on driver exams. He cites the example with regards to the use of rearview cameras. If it is available, why would you not use it? You still have to look to avoid oncoming cars. Rearview cameras can see immediately behind the car in areas hidden to the driver. Peter agrees however, that “self-parking tools” should not be used during exams. Everyone should know how to park, but tools that help avoid and prevent collisions should be considered an advantage to safer driving.

When asked about the new Tesla Autopilot technology, Peter says it’s great technology but still has a ways to go. He predicts that future roadways will have three types of lanes. There will be one lane for driverless cars (full automation); one lane for cars on autopilot; and a lane for drivers who still love to drive. All lanes will have rules to make the type of driving the safest for everyone.

Over the past two years, automotive technology advancements have accelerated and will continue to do so for the next 10 years. Car manufacturers will continue to invest heavily into the development of driver assist technology and driverless cars. It is absolutely critical for the insurance industry to stay on top of these new trends in driving and driver education. They say in the financial technology world that insurance is ripe for disruption. These new advancements in automotive electronics will change the way we think of rating, coverage options, and customer service over the next several years.

Stay tuned for my future blog posts on this topic as I head to the Consumer Electronics Show in January 2016 where auto manufacturers will demonstrate the latest advancements in automotive technology.

As President & CEO, Andrew Lo leads all digital innovation and operations for Kanetix Ltd., Canada’s largest digital customer acquisition platform for insurance and financial services. He is also a Business Strategy Advisor for Ryerson University’s DMZ helping to develop entrepreneurs and startup companies at Canada’s largest startup incubator. Andrew has over 24 years of experience as a business and technology leader for FinTech companies such as Filogix and D+H, and has developed organizations from startups into industry shaping ventures with over 4,000 employees.
All posts by Andrew Lo