Who am I? The Case of the Named Insured and the Owner 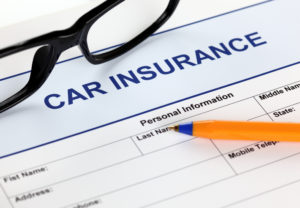 In Ontario (Minister of Finance) v. Traders General Insurance Co. (c.o.b. Aviva Traders), an individual was seriously injured as a passenger in a Hyundai motor vehicle owed by Peter Leonard. Peter Leonard’s spouse, Anne Leonard, had a policy with Traders that was terminated for non-payment of premiums prior to the accident. The Hyundai had been added to the policy a couple of years prior to the accident.

The injured party made a claim to the Fund for accident benefits and the Fund subsequently commenced a priority dispute with Traders, arguing – for a number of reasons – that the policy had been improperly cancelled and remained in force at the time of the accident.

The Superior Court sided with the Fund and held that Traders did not terminate the policy properly because it had failed to send the owner of the vehicle (Peter) a termination notice. The court stressed that owners must be properly identified at policy inception and thereafter, strict compliance with the statutory cancellation requirements is necessary, and insurers must notify named insureds of attempts to cancel a policy. The court held that under statutory condition 11, Traders could not validly cancel the policy unless it gave Peter Leonard fifteen days’ notice of the cancellation. Thus, the policy was not cancelled properly and the court ordered Traders to pay the Fund the amount of its accident benefits settlement with the injured person.

The Court of Appeal agreed with the Superior Court and dismissed the appeal. Among other things, the Court of Appeal held that Traders failed to comply with Statutory Condition 11 (1), which requires the notice to be given to “the insured”. In this case, Peter was an “insured” because he was the owner of the vehicle:

The policy that the appellant purported to terminate is an owner’s policy, which is defined in s. 1 of the Insurance Act as:

A motor vehicle liability policy insuring a person in respect of the ownership, use or occupation of an automobile owned by that person and within the description or definition thereof in the policy. [Emphasis added.]

It was never an issue in this case that before the purported termination, the policy was valid insurance that insured Peter Leonard as the owner of the insured vehicle.

Traders should raise alarms for insurers who might not have done their due diligence when writing owners policies for people who might not have owned the vehicle being insured. This case reinforces the principle that auto insurers are held to extremely strict compliance standards when it comes to terminating an auto policy. The courts will not endorse a purported policy termination if the insurer failed to dot its I’s and cross its T’s.

Readers might recall the troubling decision in Echelon General Insurance Company v. Her Majesty the Queen, wherein the Superior Court held that an improperly terminated policy remains in full force and effect (in perpetuity) until the policy is terminated properly. Of course insurers rarely, if ever, revisit policies that have they have purported to terminate until a loss occurs, meaning that these improperly terminated policies can expose insurers to paying claims on policies that have not been generating any premiums for possibly many years.

To every insurer who writes auto policies, I ask: Do you know who owns the vehicles insured under your policies?