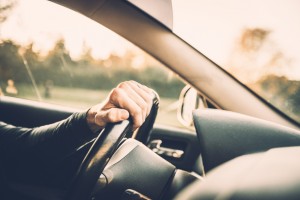 In Dominion v. State Farm, the claimant was a passenger in a State Farm vehicle when he was involved in a motor vehicle accident. He claimed accident benefits from Dominion.

Dominion insured his parents under a standard automobile policy. The claimant was identified on the Certificate of Insurance as one of the “drivers” on the policy. However, other parts of the Certificate identified him as being excluded from driving both of the described vehicles that were insured under the same policy. An executed OPCF 28A “Excluded Driver” Endorsement was attached to the policy.

Dominion denied that the claimant was an “insured person” under his parent’s policy and pursued a priority dispute against State Farm.

By way of background, section 3 (1) of the SABS defines “insured person”:

(i) if the named insured, specified driver, spouse or dependant is involved in an accident in or outside Ontario that involves the insured automobile or another automobile, or

(ii) if the named insured, specified driver, spouse or dependant is not involved in an accident but suffers psychological or mental injury as a result of an accident in or outside Ontario that results in a physical injury to his or her spouse, child, grandchild, parent, grandparent, brother, sister, dependant or spouse’s dependant,

(b) a person who is involved in an accident involving the insured automobile, if the accident occurs in Ontario, or

In Warwick v. Gore Mutual Insurance (1997), the Court of Appeal held that only “insured persons” under the SABS are entitled to accident benefits. In other words, if a claimant does not meet the definition of “insured person” in the SABS under a particular policy, they are not covered under that policy for that loss.

At arbitration, State Farm relied on a prior decision (by the same arbitrator) named Pafco v. Cumis (2014), wherein the arbitrator held that the excluded driver claimant was an “insured person” because his name appeared on the Certificate in that case as a driver. Of note, the facts in Pafco were more or less the same as in Dominion.

The arbitrator framed the issue as follows:

Does the term “insured person” under section 3 of the SABS include an excluded driver having executed an OPCF 28A with respect to both vehicles insured pursuant to a policy of motor vehicle liability insurance yet shown on the face of the Certificate of Insurance as a “Listed Driver”?

The arbitrator agreed with State Farm, finding that the claimant was “specified in the policy as a driver”. The arbitrator also found that an individual executing the OPCF 28A would expect to be considered an “insured person” under that policy, given some of the wording on the Endorsement that purports to provide residual accident benefits to the excluded driver.

On appeal, the appeal judge disagreed with the arbitrator that an excluded driver under a policy is also a person “specified on the policy as a driver of the insured automobile”:

After a thorough review of the materials, the case law, the applicable legislation and the submission of counsel, I can find the arbitrator fell into error when he found [the claimant] to be an insured person in accordance with the SABS. The arbitrator concluded that because [the claimant] was listed in the Certificate of Insurance as a driver, he fell with the definition of an insured driver, despite being an excluded driver and was entitled to some insurance coverage. The legislation clearly states that an insured driver is one who is specified in the policy as a driver of the insured automobile. Despite being listed as a driver, [the claimant] was clearly not a driver of an insured automobile and thereby not entitled to coverage.

I find that [the claimant] was no (sic) specified on the policy as a driver of the insured automobile. He was not an insured person and the arbitrator erred by a finding that he was.

It is important to remember though that an excluded driver can still have recourse against the policy that excludes him/her if they otherwise meet the definition of “insured person” under the policy. For example: