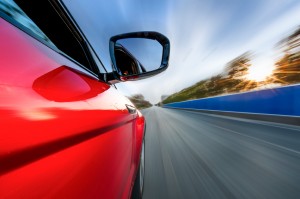 The Ontario Superior Court has released its first-ever decision on whether the notorious OPCF 16 (Suspension of Coverage) endorsement form is mandatory when an insured wishes to remove road coverage from their policy.

Why would an insured want to remove their road coverages?

Suppose an insured parks her soft-top convertible every winter. She knows that she won’t be using her vehicle for several months, so she doesn’t want to pay full premiums to cover the vehicle. Removing the road coverage allows her to save a substantial amount of cost on her insurance premiums while the vehicle is “parked” for the winter. More importantly, it allows her to maintain comprehensive coverage on her vehicle in case it is damaged by fire, vandalism, earthquakes, missiles, etc. or it is stolen. It also allows her to maintain a relationship with her insurer without having any breaks in her insurance (a factor that could impact her if she tries to apply for insurance later).

Why would an insured purchase the OPCF 16?

At first blush, the OPCF 16 makes little sense. An insured who removes road coverage from her vehicle and is involved in an accident in Ontario would still have access to all of the accident benefits under the SABS. Pursuant to section 268 (2) of the Insurance Act, she would have recourse  from the insurer of the vehicle she is in at the time of the accident, or the insurer of the vehicle that struck her, or from the insurer of any other vehicle involved in the accident, or from the Motor Vehicle Accident Claims Fund. In other words, without having an OPCF 16 on her policy, the insured would still have full accident benefits coverage if she is involved in an accident in Ontario that doesn’t involve the use or operation of her vehicle (we trust that our fictional insured is wise enough not to drive the vehicle from which she removed the road coverage).

Likewise, an insured causing an accident while driving her friend’s vehicle would still be covered under the friend’s policy for third party liability.

So why would any reasonable insured person decide to purchase the OPCF 16 when she knows she will not be driving her vehicle and knows that she would have coverage from other insurers? Take the following examples:

What if the insured doesn’t want (or is never offered) the OPCF 16?

Historically, the OPCF 16 form has rarely been used in practice. I have had many cases over the years where an insured called his broker/insurer asking to remove the road coverage and the broker/insurer did so without even mentioning the OPCF 16 (I acted in a case where the broker had never even heard of the OPCF 16). In reality, most insureds would likely admit that they would not have agreed to pay the extra premium for the OPCF 16 anyway.

Conversely, in State Farm v. TD General Insurance Co. (August 2011, Arbitrator Scott), the arbitrator held that the OPCF 16 is not mandatory. The arbitrator held that the insured could not be forced to purchase an endorsement that provides coverage that they do not wish to have. The arbitrator held that when an insured seeks to reduce coverage to comprehensive only, an insurer and/or a broker likely has an obligation to the injured to describe the availability of an OPCF 16 and the enhanced coverage it provides. As long as the endorsement and the provisions are adequately explained, an insured can then make an informed decision. If enhanced coverage is chosen, the approved form must be used.

Dominion v. Optimum involved two unrelated priority disputes between the same companies involving the OPCF 16. The facts were similar but not identical. In both matters, the claimants were occupants of vehicles insured with Optimum. The claimants’ spouses were the named insureds on policies that were issued by Dominion. Prior to the accidents, the named insureds reduced their coverage on their respective policies to comprehensive-only. The OPCF 16 form was not used to reduce coverages. Before the accident, both policies had been renewed with comprehensive coverage only, and in one of the matters, the comprehensive only policy had been renewed for a second time. The accidents occurred after the renewals of the insurance policies as comprehensive coverage policies.

The arbitrator held that the OPCF 16 was mandatory and that Dominion’s failure to use the form saddled it with accident benefits coverage on both policies.

On appeal, Dominion argued that a motor vehicle liability policy, which has SABS coverage, can be later renewed as a comprehensive policy without SABS coverage. In other words, Dominion argued that the OPCF 16 is not necessary once the policy renews as a comprehensive-only policy. Dominion relied on the Supreme Court decision of Patterson v. Gallant, which held that each successive renewal of a motor vehicle insurance policy constitutes a new contract.

In other words, Dominion argued that even if the OPCF 16 is mandatory to remove road coverage from a policy, the obligation to use the form disappears when the policy is renewed with comprehensive coverage only.

Justice Perell delved through the line of arbitral decisions comprehensive coverage and the use of the OPCF 16. He agreed with the arbitrator indicating that there were sound policy reasons for requiring the use of the OPCF 16 mid-term, even if this means the insured cannot cancel all of her liability coverages. Justice Perell agreed that the arbitrator’s reasons were sound, confirming that automobile insurance is highly regulated, where the legislature has restricted the choices available to insureds. He also agreed with the arbitrator that there were policy reasons which justify a continuation of liability coverages mid-term when the insured has reduced his or her coverage to comprehensive.

The court held that the public policy advantage for supporting the use of the OPCF 16 midterm or starting a fresh policy is that it allows for the insured to better understand his coverages, and it allows for insurers to clearly limit their exposure.

Going forward, if an insured wants to remove road coverage from her policy, the insurer must offer her an OPCF 16 form that will provide residual road coverage (at an additional premium) and the insured must agree to pay for that residual coverage.

Alternatively, the insured/insurer can cancel the policy mid-term and re-issue a new one with comprehensive-only coverage. Presumably the road coverages can be added to the new policy at a later date when the insured requests that coverage.