The Ontario Divisional Court has ruled that Ontario laws cannot be used to determine whether a specific vehicle needs to be insured, when an incident happens outside Ontario.

Why is this Important?

Automobile insurance is meant to insure automobiles and losses arising from the use and operation of automobiles.

It is usually easy to determine whether a vehicle is an “automobile” when the vehicle in question is a car.

The picture is less clear when a motorized vehicle does not appear to be an “automobile”. 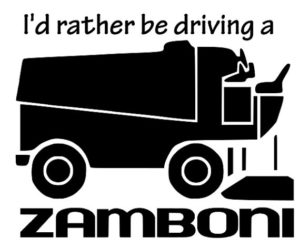 (b) a vehicle prescribed by regulation to be an automobile;

In Adams v. Pineland Amusements (2007), the Court of Appeal prescribed a three-part test to determine whether a particular vehicle is an “automobile”:

(ii) If not, is the vehicle defined as an automobile in the wording of the insurance policy?

(iii) If not, does the vehicle fall within any enlarged definition of “automobile” in any relevant statute?

An affirmative answer to any of these questions leads to the conclusion that the vehicle is insured by the standard Ontario automobile insurance contract.

What is this New Case About?

In Benson v. Belair, the Ontario claimant fell off the back of an ATV in British Columbia. He sustained a severe traumatic brain injury. The ATV was owned by a BC resident.

BC law did not require the ATV to be insured at the time of the incident, so it was not insured in BC.

After the incident, the claimant returned to Ontario and claimed Ontario statutory accident benefits from his Ontario insurer. His claim was denied on the basis that the ATV he was riding in BC was not an “automobile”. The claimant brought an arbitration at FSCO. The claimant conceded that the ATV in question was not an automobile in ordinary parlance and it was not otherwise defined as an automobile in any policy. However, he claimed that the ATV met the enlarged definition of “automobile” because it was required to be insured at the time of the accident, pursuant to section 15 of Ontario’s Off-road Vehicles Act.

The arbitrator held that the Ontario Off-road Vehicles Act did not apply in this case because the ATV was being operated in BC and, at the time of the incident, it was not required to be insured under BC law. This was upheld on appeal.

The claimant applied to the Divisional Court for judicial review. A unanimous court agreed with the decisions below, finding that Ontario insurance requirements did not apply to an ATV that was being operated in BC:

This ATV (“the vehicle”) was not required to be insured under any motor vehicle liability insurance policy because this ATV was operated in British Columbia where ATVs need not be insured. At the time and in the circumstances of this accident, this ATV was not insured.

Moreover, there is no basis to assert that the Applicant had a legitimate expectation that his insurer would cover an accident involving ATVs, as ATVs are not included under this insured’s policy.

Finally, although Ontario’s Off-Road Vehicles Act states that “no person shall drive an off-road vehicle unless it is insured under a motor vehicle liability policy” under the Insurance Act, it is reasonable to assume that this provision only requires this of ATVs in Ontario, not ATVs in British Columbia. Accordingly, although an ATV in Ontario is required by Ontario’s Off-Road Vehicles Act to be insured under a motor vehicle liability policy, the same cannot be said of the particular ATV in this case because it is an ATV located in British Columbia. [emphasis added]

What Does this Case Mean?

Canadian jurisprudence has long held that, from an internal perspective, everything within a province’s borders is subject to its jurisdiction, including persons who are physically there (regardless of their nationality or residence), property situated there, and events occurring there. For example, there is no question that Ontario’s Highway Traffic Act, Insurance Act, Compulsory Automobile Insurance Act, and Off-Road Vehicles Act apply to motor vehicles, drivers, activities, and obligations in Ontario.

However, from an external perspective, the jurisdiction of each province is confined to its own territory. No province can apply its law to persons or things outside its borders, even though it might have an interest in doing so, because this would interfere with the rights of other provinces.

With that in mind, the Benson decision makes perfect sense because there is no way the insurance obligations in Ontario’s Off-road Vehicles Act could require an ATV being operated in BC to be insured. Ontario’s laws could not impose obligations on BC activities. It would follow that the ATV in Benson was not required to be insured at the time of the incident in BC and, therefore, the ATV would fail the third-branch of the Adams test.

Shout out to Eric Grossman at Zarek Taylor Grossman Hanrahan for his success on this issue now three times!