The Court of Appeal for Ontario has released an interesting decision concerning whether a plaintiff must exercise due diligence to discover a claim to avoid having it dismissed as time-barred. 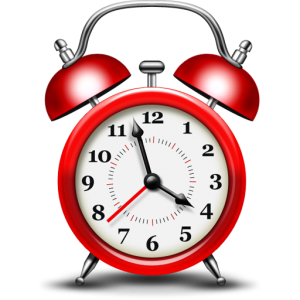 In Fennell v. Deol, the plaintiff was involved in a four vehicle accident on August 24, 2010. On August 16, 2012, he commenced a personal injury claim against one of the other drivers named Shergill. On March 20, 2014, the statement of claim was amended to add as a defendant another driver involved in the accident named Deol. On October 20, 2014, Shergill served a statement of defence and crossclaim, asserting a claim for contribution and indemnity against Deol.

Deol brought a summary judgment motion, claiming that the plaintiff’s claim and the defendant’s crossclaim were statute-barred, having been brought more than two years after the date of loss. Fennell asserted that, among other things, it was only when he received a medical report dated August 8, 2014, that he reasonably believed that he had sufficient medical information to meet the requirement of s. 267.5(5) of the Insurance Act of having sustained a “permanent serious impairment of an important physical, mental or psychological function”.

In granting Deol’s summary judgment motion against the plaintiff, the motion judge found that the plaintiff failed to exercise due diligence to discover his claim. He concluded that if the plaintiff had fulfilled his due diligence, his permanent serious impairment would have been discovered no later than around the time he commenced his action against Shergill (which, incidentally, was within two years before issuing the claim against Deol).

The motion judge denied Deol’s motion to dismiss the crossclaim, finding that the limitation period started on the day the defendant received the statement of claim.

For reference, the two-year limitation period and the principle of discoverability are found in sections 4 and 5 of the Limitations Act, 2002:

4. Unless this Act provides otherwise, a proceeding shall not be commenced in respect of a claim after the second anniversary of the day on which the claim was discovered.

(a) the day on which the person with the claim first knew,

(i) that the injury, loss or damage had occurred,

(ii) that the injury, loss or damage was caused by or contributed to by an act or omission,

(iii) that the act or omission was that of the person against whom the claim is made, and

(iv) that, having regard to the nature of the injury, loss or damage, a proceeding would be an appropriate means to seek to remedy it; and

5. (2) A person with a claim shall be presumed to have known of the matters referred to in clause (1) (a) on the day the act or omission on which the claim is based took place, unless the contrary is proved.

Over the years, plaintiffs have been successful in defending limitation period defences on the basis that their claims were not discovered until they knew that they had a threshold injury (see for example Farhat v Monteanu, 2015 ONSC 2119 (CanLII)). As discussed above, in Fennell the motion judge found that the plaintiff failed to exercise due diligence to discover that he had a threshold claim.

The Court of Appeal allowed the plaintiff’s appeal. The Court found that while due diligence is a factor that informs the analysis of when a claim ought to have reasonably been discovered, lack of due diligence is not a separate and independent reason for dismissing a plaintiff’s claim as statute-barred:

Due diligence is part of the evaluation of s. 5(1)(b). In deciding when a person in the plaintiff’s circumstances and with his abilities ought reasonably to have discovered the elements of the claim, it is relevant to consider what reasonable steps the plaintiff ought to have taken. Again, whether a party acts with due diligence is a relevant consideration, but it is not a separate basis for determining whether a limitation period has expired.

The Court of Appeal held that to overcome the presumption of discoverability, Fennell needed to prove only that he did not know of his permanent and serious impairment more than two years before he issued the claim against Deol.

On the facts, the motion judge found that Fennell’s claim was discovered “no later than” when he commenced his action against Shergill. The action was commenced against Shergill on August 16, 2012. Deol was added as a defendant within two years of that date (on March 20, 2014). The Court of Appeal found that the motion judge’s conclusion that Fennell’s claim against Deol was statute-barred was inconsistent with his finding as to when the claim was reasonably discoverable.

As an aside, the Court of Appeal also dismissed Deol’s appeal on the limitation issue on the crossclaim. The Court found that it made no difference that the first defendant waited 19 months before crossclaiming against the second defendant:

Whether Shergill acted reasonably in waiting to crossclaim against Deol, while the limitation period continued to run, instead of bringing Deol in through a third party claim is not determinative. The issue here was when a person with Shergill’s abilities and in his circumstances ought to have discovered his claim for contribution and indemnity.

The takeaway from this case is that a plaintiff does not necessarily need to take steps to discover his/her claim. However, failure to take steps is still a consideration in the discoverability analysis. In Fennell, the judge found that the plaintiff discovered his claim within two years before he issued the claim against Deol, but found that he should have discovered the claim earlier (with due diligence). The result might have been different had the judge not made the finding that the plaintiff’s claim was discovered within the relevant limitation period.

In short, a motion judge should consider lack of due diligence when determining when a claim was discovered. But once the judge decides the discoverability date, a lack of due diligence alone cannot time-bar a claim. Therefore, in the right case a defendant could likely defeat a claim if the plaintiff did nothing to discover their claim.