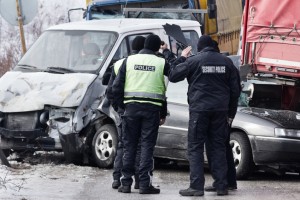 The Ontario Court of Appeal has released a long-awaited decision on whether the equitable doctrine of laches applies to loss transfer matters. The Court held that there is no laches in loss transfer.

The doctrine of laches issue arises when a party asserts that the opposing party has “slept on its rights”. The doctrine is an equitable defence that can bar an opponent’s claim.

In Intact v. Lombard (ONSC, September 30, 2013), Intact became responsible for paying accident benefits to its insured as a result of a motor vehicle accident that occurred on February 13, 2007. The accident involved a heavy commercial vehicle that Lombard insured, triggering Intact’s statutory right to claim loss transfer against Lombard pursuant to section 275 of the Insurance Act. However, Intact did not send Lombard a loss transfer notice or request for indemnification until September 7, 2011 (some 4.5 years after the date of loss). Lombard raised a laches defence against Intact.

In Zurich v. TD (ONSC, May 27, 2014), TD sent Zurich a Notice of Loss Transfer alleging that Zurich’s insured was 100 per cent at fault. However, the notice was sent approximately 11 years after the accident. Shortly thereafter, TD made two loss transfer requests for indemnification from Zurich, which asserted the doctrine of laches and denied the claims.

On the issue of laches, the arbitrator acknowledged that he was bound by the judge’s decision in Intact, but stated that he disagreed with her finding that laches cannot be applied to a statutory claim for loss transfer. The arbitrator held that in any event, Zurich had failed to establish “the necessary components of laches…one of them being presumed prejudice or actual prejudice.”

On appeal, the judge found in the unique circumstances of the case that the doctrine of laches applies to a situation where a first party insurer delays for approximately 11 years in requesting loss transfer from a second party insurer. The judge noted that, traditionally, the doctrine of laches has only been applied to equitable, and not legal, claims. Following the fusion of law and equity, however, courts have been more flexible in applying the doctrine to legal claims under certain circumstances:

Ontario’s loss transfer regime possesses an equitable flavour because it is designed to address unfairness between participants in the province’s insurance industry, and that is a sufficient basis to permit the application of the doctrine of laches. Alternatively, I find that the fusion of law and equity, which has evolved in order to achieve fairness and justice, requires a finding that laches can apply in this case. Accordingly, I find that the doctrine of laches applies, under certain circumstances, to delayed loss transfer claims made by first party insurers.

On the facts of the case, the judge disagreed with the arbitrator and found that Zurich had proved the necessary components of laches.

The Court of Appeal heard both cases on June 22, 2015. In its decision released today, the Court agreed with the judge in the Lombard case:

I agree with Chiappetta J. that the defence of laches cannot be invoked in response to a loss-transfer claim under s. 275. Such a claim is a claim for legal relief. In my view, given the historic restriction of laches to claims for equitable relief, the removal of the provision preserving the use of equitable defences from the Limitations Act, 2002 and the comprehensive nature of the new Ontario limitations scheme, the defence of laches cannot be raised to defeat claims for legal relief that are subject to the unexpired basic limitation period under the Limitations Act, 2002, even those with an “equitable flavour”. Accordingly, even if a second party insurer’s right to indemnity under s. 275 might be argued to have an “equitable flavour” because its objective is to re-allocate the cost of statutory accident benefits in a more equitable fashion, a second party insurer cannot invoke the doctrine of laches as a defence.

Of interest to the insurance industry, the Court noted it is in a first party insurer’s best interests to request indemnification under s. 275 promptly. Accordingly, it was not persuaded that the laches issue would be that significant to second party insurers.

The Court also found that, in any event, the second party insurers would not have been successful with a laches defence on the facts of these cases.