In December 2013, the IBC published the first set of standard HCAI reports. The document provides over 60 pages of aggregate data collected by HCAI going back to 2011 up to the first half of 2013.  HCAI was made mandatory on February 1, 2011.

The chart below breaks down the percentage of claimants receiving treatment per injury group. The data is further broken down by accident half year and the percentages are based on claims transactions between the accident date and June 30, 2013.

The data suggests that there doesn’t appear to be any erosion of the minor injury definition.  For accidents during the first half of 2013, 75.4% of claimants receiving treatment have strains and sprains which fall under the minor injury definition.  The data suggests that the percentages have not varied greatly from one period to the next with the exception of strains and sprains and peripheral nerve injuries (many are likely WAD III). 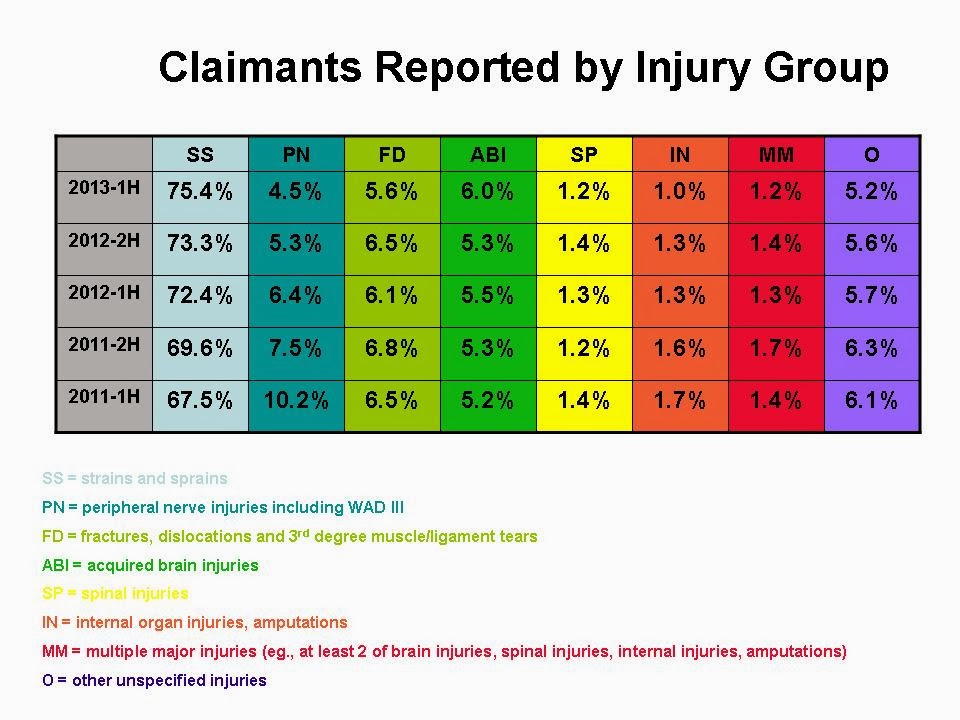