The chart below provides some insight into what might be happening to MIG claims over time. Although as many as 75% of claims are classified as strains and sprain and should fall under the minor injury definition, only a fraction of those claims receive MIG treatment only. A majority of those claims actually receive treatment within the MIG and additional treatment outside the MIG, likely when the MIG funding is used up.  However, that is not to day that they are actually “escaping” the minor injury definition and cap.  The average cost of treatment for strains and sprains is under $3,000. 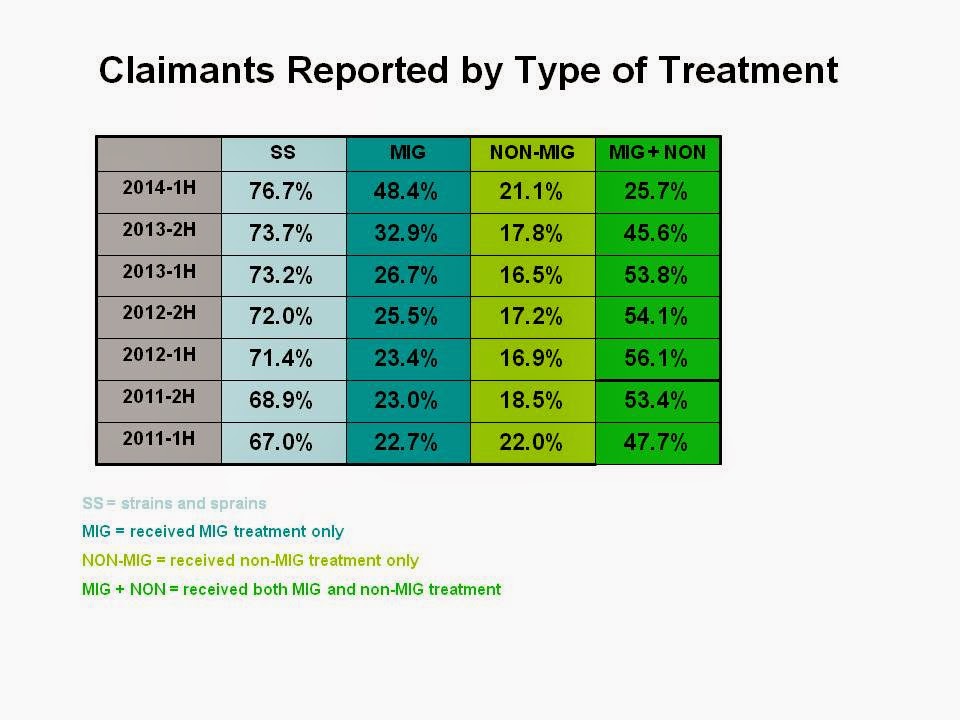 Over 70% of motor vehicle accident injuries continue to be strains and sprains: HCAI data