Over 70% of motor vehicle accident injuries continue to be strains and sprains: HCAI data

The chart below breaks down the percentage of claimants receiving treatment per injury group. The data is further broken down by accident half year and the percentages are based on claims transactions between the accident date and June 30, 2014.

The injury group sizes have remained consistent since the HCAI began collecting data.  The data suggests that there doesn’t appear to be any obvious erosion of the minor injury definition.  At least 70% of claimants receiving treatment are being diagnosed under strains and sprains which fall under the minor injury definition.  The diagnosis does change over time when you look at previous periods in a chart I posted earlier this year. There has been some drifting from strains and sprains to WAD III (PN) and third degree tears (FD).  For example, for the first half of 2013, the SS injury group dropped 2.2% between the two reports while the PN and FD groups increased by 1.0% and 0.8%.  This may reflect disputed claims and the time it takes to resolve disputes. 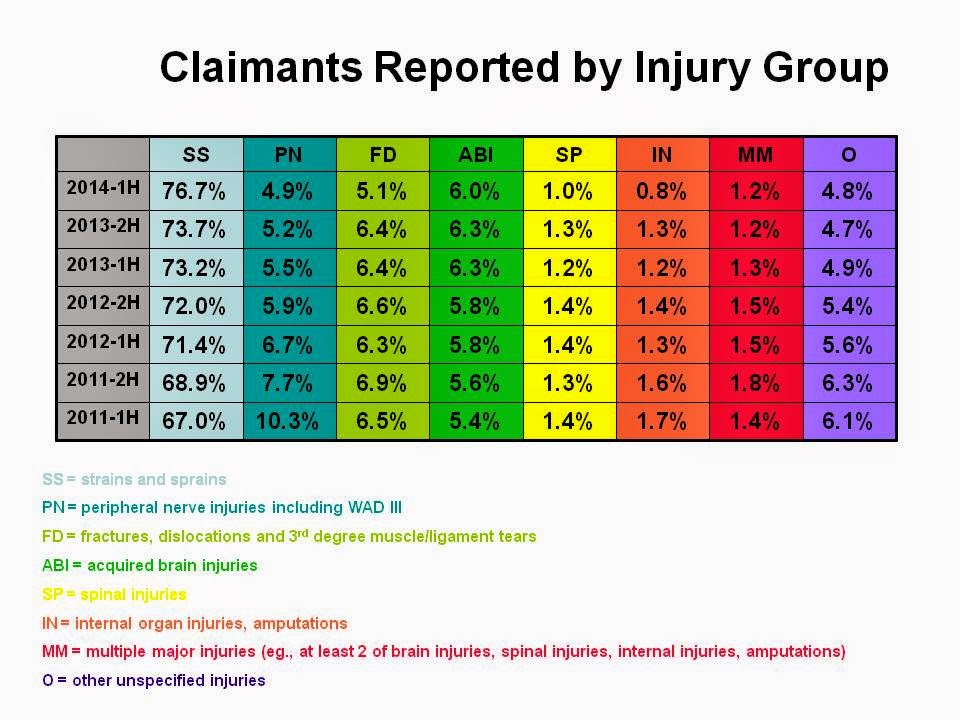