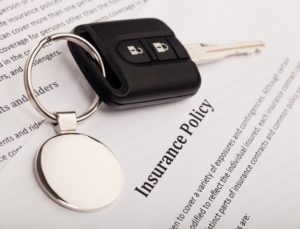 What happens when a Certificate of Automobile Insurance specifies that the policy includes coverages under certain endorsements, when those endorsements never make it onto the policy?

The Certificate and OPCF Endorsements

One such form is the Certificate of Insurance, which is an approved form that sets out, among other things, the specific terms of coverages and endorsements that form part of the policy in question. Although the standard Certificate is approved by the Superintendent of Insurance, insurers are allowed to submit their own version of a Certificate for approval, something that many insurers do.

Meanwhile, two of many available endorsements to the auto policy are, as follows:

In Coast Capital v. Old Republic, a trucking company named 62254641 Canada Inc. (“622”) leased a 2008 Peterbilt tractor from a third party. Old Republic issued a Certificate of Automobile Insurance to 622 that described that vehicle. The Certificate also included a box for describing lessors and lienholders. The box stated:

Lienholders (to whom loss may be jointly payable) (if applicable)

AS PER OPCF 23A FORMS

AS PER OPCF 5 FORMS

On June 15, 2012, 622 leased two more tractors, this time from Coast Capital. Coast Capital had informed its insurance broker in writing that it wanted third party liability coverage in the minimum amount of $2,000,000, and indicated “The policy must contain an OPCF #5 Permission to Lease or Rent Endorsement.” This document was found in Old Republic’s underwriting file. However, there was no evidence as to when it received that document.

On July 5, 2012, Old Republic issued an OPCF 25 Change Form showing 622 as the insured, and listing the two new Peterbilt tractors. The new tractors were identified as automobiles 2 and 4. The policy change that was noted on the form indicates “Automobile added to policy (Auto No. 2 and 4)”. The OPCF 25 also listed Coast Capital as the lessor of vehicles 2 and 4. It also recited that “all other terms and conditions of the policy remain the same”.

Of note, the OPCF 25 listed other related Endorsements that were mentioned in the original Certificate but failed to mention the OPCF 23A or 5 forms.

On November 12, 2012, one of the 2009 leased Peterbilt tractors (auto 2 or 4) was involved in a motor vehicle accident. Old Republic denied liability coverage to Coast Capital, taking the position that the OPCF 5 was not part of the policy.

The application judge held that the policy included an OPCF 23A form but did not contain an OPCF 5 form. He held that the OPCF 5 was never part of the Certificate of Insurance or added by the OPCF 25 form.

The Court of Appeal allowed the appeal and found coverage for Coast Capital under the policy. At the start of its analysis, the Court held that coverage under the standard auto policy is defined by the Certificate of Insurance on any given policy

The Court also held that this finding was consistent with the commercial realities of the transaction. It concluded:

I conclude that the OPCF 5 endorsement is part of the Certificate; the insurer intended to provide liability coverage to both the lessor and lessee. The OPCF 25 Change Form did not delete that coverage, but added new vehicles. Absent deletion of the OPCF 5 coverage, I conclude that Coast Capital is entitled to the benefit of that coverage. Old Republic’s insertion of the OPCF 5 language into the Certificate accords with the commercial reality of the transaction. Old Republic was providing automobile insurance to a trucking company’s fleet. The trucking company leased multiple vehicles, to the knowledge of the insurer. It makes commercial sense for the lessors who were financing the purchase of the vehicles to protect themselves from liability as the owners of those vehicles when they would have no control over the trucking company operations.

There is nothing in the Certificate that suggests that the liability coverage described in the policy is solely for the benefit of the lessee.

The major takeaway from this case is that the Certificate of Insurance governs coverage under the policy. If the Certificate references a particular Endorsement on the policy that is not necessarily attached to the policy, the Court will defer to the coverage specified on the actual Certificate used in the case to determine coverage.

Insurance companies that insure leased/rented vehicles – and leasing/rental companies that lease/rent vehicles to others — should review their various Certificates on a case-by-case basis to make sure they contain the coverages that the parties intended to be covered.