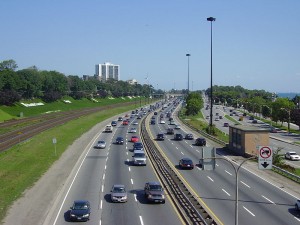 In the backdrop is the Ontario government’s commitment to reduce rates in the province by 15% before August 15, 2015.  The chart below breaks down the quarterly rate approval changes following the announcement of the rate reduction strategy last year. The third quarter of 2013 has been included although many of the rate approvals for that quarter may have been filed well before the strategy was announced.

The accumulative rate reductions approved byFSCO during this period have been under 6%. With just 10 months remaining, the government is considerably short of its target with no real strategy to bring down rates another 9-10%.Bill 15, the Fighting Fraud and Reducing Automobile Insurance Rates Act, 2014 will likely be passed by the legislature within the next 10 months.  The Bill contains provisions to transform Ontario’s auto insurance dispute resolution system into a more robust system. Other provisions would regulate the towing and vehicle storage industries through measures that tackle questionable practices. The bill would amend provisions in the Repair and Storage Liens Act and give the province authority to change the current 60-day period that a vehicle can be stored after an accident, accruing charges, without notice to the owner. The government has also served notice through the Regulatory Register that it will reduce the rate of interest on overdue SABS payments.

However, all of these initiatives as well as the proposed legislation to regulate the towing industry and the expected introduction of a new minor injury protocol could not possibly bring down rates a further 9% in less that a year.