Bill 53, Protecting Passenger Safety Act, 2015 received second reading this past week and has been referred to the Standing Committee on Social Policy. 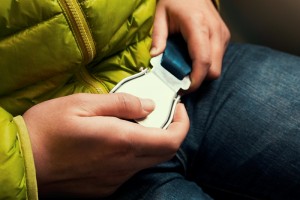 The bill was introduced to address transportation network companies such as Uber and Lyft which have been operating in Toronto since 2012. The bill was introduced by Liberal John Fraser and considered a private member’s bill which rarely get passed. However, there is broad support for the bill and the Conservatives introduced a similar private bill (Bill 51) in December.

Bill 53 if passed would amends the Highway Traffic Act with respect to the offences related to picking up a passenger for the purpose of transporting him or her for compensation without a required licence, permit or authorization in section 39.1 of the Act. The licence or permit may fall under the Public Vehicles Act, an airport authority, the Department of Transport Act (Canada) or a municipal by-law. The bill does not address insurance requirements.

The fine for these offences is increased to a maximum of $30,000. A person who picks up a passenger for the purpose of transporting him or her for compensation without a required licence, permit or authorization also receives three demerit points.

If a police officer believes on reasonable and probable grounds that a person has committed this offence after having been convicted of the same offence within the preceding five years, the officer shall suspend the driver’s licence and impound his or her motor vehicle for 30 days.