MGAs: on the Edge of Digital? 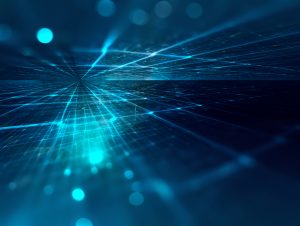 Recently, I read a post from CB Insights suggesting that Managing General Agents (MGAs) may become significant players in the digital insurance world. After cleaning my glasses to make sure I was reading correctly, I reflected a bit, and I and am coming around to the idea … sort of.

First reality check: The MGA does not exist

After starting my insurance career in Canada with a primary insurer, and working for a Canadian association that dealt with distribution issues, I believed I knew what an MGA was and what it did. I adopted the archetype I learned from more mature colleagues who used to say, “What the MGA wants is…” and “our strategy for the MGA market is …”

I knew there were smaller MGAs that focused on hard to write insurance. And I knew that there were large, larger, and really huge MGAs that dominate market niches. The common element was that there was a high degree of underwriting and/or risk management/claims expertise that was required for the business being written.

In addition to all of the high-quality insurance characteristics, there are a number of MGAs whose primary function is to manage the multi-headed beast called ‘state regulations.’  When coverage is required by an insurer who is not licensed in the state, there are special processes that have to be followed to ensure (a) that the client is aware of limitations on coverage, and (b) that the appropriate state taxes (yes, plural taxes that change routinely) have been paid.

That latter aspect created an industry since all of the taxes have to be shown on the policies and binders. And many brokers and MGAs find this to be the majority of work in the office. (A great description of this process can be found on the Ethos Insurance Partner’s website.)

So, where do MGAs fit in the brave, new, digital insurance world?

I came away with the feeling that individual MGA offices – as big as some might be – would not have the cycles to go outside of the normal bounds. They would be hard pressed to take on the potential disruption coming with InsurTech. (The CB Insights post noted that some start up tech companies are looking to become MGAs in order to get better leverage with its functionality.)

And that’s when I started to reflect on some of my other experiences. I had the privilege of working with an MGA that was highly specialized in large, diverse risks. With its long history and the confidence of the underwriting carriers, it controlled a significant percentage of business in its core market. The only competitors were those that came and went with the vagaries of the market.

Then came the current soft market. The MGA held its ground on pricing (knowing full well what the outcome would be if it didn’t).  And it took a hit on its market share.  Something had to happen.

The prescription was twofold: (1) diversify into a new market with similar risk profiles, but smaller exposures/premiums (requiring the implementation of CRM), and (2) seek new risk management tools to better control claims, one of which was driven by IoT technology (the company didn’t call it IoT because the acronym hadn’t hit the street yet).

In other words, the MGA saw the disruption coming and disrupted its own business model to adapt. And they took a couple of flyers on digital technology. It’s doing well and gaining back market share.

It’s the attitude, not the tech, stupid

I  had concerns about technology sophistication. After all, there are few turnkey systems for MGAs because of the diversity of requirements. However, the folks who own/ manage the MGAs are more interested in leading with the business opportunities, not the existing technology.

And this seems to be case with the entrepreneurs in the InsurTech space. Of course, the technology platform has to be secure and functional, cloud based, robust, and easy to use. But the real differentiators are the ability to engage users, utilize data and sophisticated algorithms, and produce business results.

I have written before on the pressure that technology is putting on existing insurance covereages.  New coverage and products are at the centre of good MGAs’ strategy. So the good MGAs are well positioned.

What do you think?

Can you see MGAs driving some of the innovation in the insurance product and integrating it into the new digital ecosystem?

Are you an MGA that is doing that now?