It seems the road to more affordable auto insurance once again winds its way through further benefit cuts.  Those aren’t the only changes proposed in the 2015 Ontario Budget but it remains an ongoing piece of controlling the cost of Ontario premiums. 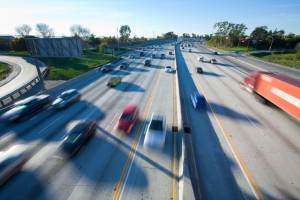 Many of the changes announced by Finance Minister Charles Sousa on April 23rd lack any details so how they would be applied or implemented is very much in the air.

Mandatory medical, rehabilitation and attendant care benefit coverage has again been lowered.  The combined coverage will be $65,000.  The combined mandatory coverage had been $172,000 since 1996.  In 2010 it was reduced to $86,000.  For catastrophic injuries, the combined coverage has been $2 million since 1996.  The coverage will now be $1,000,000.  With exception of children and catastrophic injuries, medical and rehabilitation benefits will only be able to be claims for a period of five years instead of ten.  Optional coverage will continue to be available but few consumers purchase and many brokers and insurers discourage consumers from purchasing them.
Subsections 15 (h) and 16 (l) of the SABS are basket clauses to cover medical and rehabilitation goods and services not specifically listed in the schedule.  The government proposes to change the entitlement test for these to clauses from “reasonable and necessary” to “essential”. Yet a new term and complexity is to be introduced to the SABS and be subject to years of disputes.
The Superintendent of Financial Services recommended changes to the SABS definition of catastrophic impairment in a report back in 2010.  The recommended changes have been a contentious issue and the government has indicated an intention to make changes in the past few budgets.  This commitment has again been announced as part of the 2015 Ontario Budget.
Finally, the non-earner benefit is to be restricted.  The benefit was introduced in 1990 with the OMPP, the first no-fault system in Ontario.  Since that time, entitlement has been gradually been restricted.  The proposed change will limit entitlement to two years.
Some of the cost savings introduced by reducing standard SABS coverage will shift to the tort just as it did following the 2010 reforms.  However, the government is also looking to introduce cost savings on the tort side.  Changes will be made to the compensation available through a court action. The non-pecuniary deductible (for pain and suffering) was increased in 2003 and has not been changed since then.  It will be increased to reflect inflation since 2003 and indexed in the future.  Also adjusted will be the monetary thresholds beyond which the tort deductible does not apply.   Finally, the effect of the tort deductible will be taken into account when determining a party’s entitlement to costs in an action.
Insurers will be expected to provide some additional cost savings for consumers.  The maximum interest rate that can be charged on premiums paid on a monthly basis is to be reduced from three percent to 1.3 percent.  All insurers will be required to offer a discount for the use of winter tires.  The budget announcement does not stipulate the amount of the discount but some insurers already offer such a discount and it is typically in the three to five percent range.
The most appealing change for consumers is a commitment to prohibit premium increases for minor at-fault accidents that meet certain criteria.  Those criteria have not been identified but I would expect the circumstance to be quite limited.  For example, it would not included any accidents where an injury was reported.  The question to be asked is where will those costs migrate to?  If insurers cannot increase premiums to drivers with minor accidents, will those costs shift to drivers with more serious accidents or all drivers which would include those with no accidents?
Finally, the standard deductible for comprehensive coverage will increase from $300 to $500.  A meaningless change based on past experience.  A number of years ago the government increased the standard deductible for direct compensation property damage (DCPD) coverage from $0 to $300.  However, brokers and agents continued to recommend the $0 deductible to consumers.  The opportunity to reduce premiums by accepting a higher deductible has always existed but many consumers do not take advantage of it.
The government continues to tinker with the Ontario auto insurance product, which has been the order of the day since the OMPP was introduced on June 22, 1990.  In the May 2015 issue of Canadian Underwriter, I will look back at the past 25 years and discuss what has gone wrong. Please look out for it.