The recently announced auto insurance reforms included in the 2015 Ontario Budget will again reduce accident benefits as part of the government’s efforts to reduce premiums in Ontario.  The 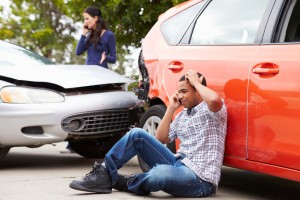 The Schedule C accident benefits existed under the tort system prior to the introduction of no-fault.  Compensation was quite limited.  Income replacement benefits were available for 104 weeks, caregiver benefits for 12 weeks and medical benefits for 4 years.  The benefits aren’t quite analogous but when converted into 2015 dollars, it tells an interesting story. Keep in mind there was no second tier of benefits under Schedule C for catastrophic injuries.  Those not at-fault would need to start an action to access additional compensation.

The table below shows that the Schedule C benefits are not that far off from the benefit levels announced in the Budget.  Not only are benefits being cut but inflation has also eroded them.

The indexed OMPP numbers are also revealing.  The table below shows that the accident benefits proposed in the recent provincial budget are, in some cases, less generous than the OMPP accident benefits even before adjusting for inflation.  Even those with catastrophic injuries are likely better off under the OMPP even though there was no higher tier of accident benefits available.  The OMPP provided all claimants with up to $1 million in combined medical, rehabilitation and attendant care benefits.  In 2015 dollars that works out to approximately $1.6 million in benefits.