On September 15, 1989, Murray Elston, Minister of Financial Institutions, announced the unveiling of a new plan to address rising auto insurance costs in Ontario. The plan would provide a “social safety net” where everyone injured in an auto accident would receive compensation without the need to sue. This trade-off between reduced tort access and enhanced accident benefits was meant to reduce costs in the system and stabilize premiums. 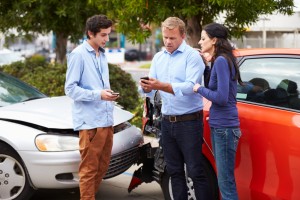 Move forward 25 years and the introduction of the Ontario Motorist Protection Plan (OMPP), the first no-fault auto insurance plan in the province, celebrates its silver anniversary on June 22, 2015.

The Ontario system is nothing like any other private system or no-fault system. It has a broad range of accident benefits, access to tort, complex entitlement rules and an overburdened dispute resolution process. It also has the highest rates in the country. At approximately 25% of Canadian property and casualty industry premiums, the health of the Ontario auto insurance product is important to the industry. Many ideas have been tried over the years, but none have addressed cost pressures in the system for anything more than a short period of time.

WHY WAS NO-FAULT INTRODUCED?

Following the 1985 Court of Appeal for Ontario decision, McErlean v Sarel et al., the insurance industry grew concerned about liability claims which, in turn, precipitated a liability crisis. Liability insurance costs shot through the roof and capacity was scarce. Little changed when the case was reversed on appeal in 1987, albeit on liability. Ontario had a serious liability problem that went beyond drivers. The crisis was affecting many institutions, including small municipalities and charities. In response, the Ontario Task Force on Insurance was appointed to study problems of availability, affordability and adequacy of general liability insurance in Ontario.

Although the focus of the task force report, released in May 1986, was not auto insurance, it did include some recommendations concerning auto insurance and tort reform.

Faced with a continuing rate inadequacy problem, the Ontario government responded by introducing a no-fault product, believing it would be less costly. In September 1989, following extensive research and consultation, the government announced its intention to introduce the OMPP. Threshold/no-fault insurance came into effect June 22, 1990. Colleen Parrish, former director of policy for Ontario’s Ministry of Financial Services, says “it was hoped that the OMPP would be more consumer-friendly and many claims under the threshold could be settled with the involvement of just the claimant and insurer. Legislation addressed some of the volatility in the marketplace and went beyond the introduction of partial no-fault.”

WAS NO-FAULT A GOOD IDEA?

Despite current concerns, the ability to access accident benefits following an accident was an important feature and still is. Kathy Bardswick, president and chief executive officer of The Co-operators Group Limited, maintains that “the industry supported no-fault because they believed it would allow more money to flow to accident victims quicker, and more of each claim dollar spent on injury would actually go to rehabilitation and support the injured party rather than in support of the administration of the tort system. Too often in a pure tort system, it was taking far too long for many accident victims to see financial support for their recovery. In addition, a no-fault system would provide insurers with the opportunity to deal directly with their own clients through the claims process.”

The NDP government abandoned its initial intention to introduce a government-run auto insurance scheme in favour of another set of reforms. On January 1, 1994, Bill 164 replaced the OMPP with a complex no-fault schedule and eliminated the ability to sue for economic losses. Designed for a public insurer, the requirements could not realistically be delivered by the private sector.

That system lasted less than three years with the passage of Bill 59, launching Ontario’s third no-fault system within a decade. Although Bill 59 restored some of the balance that existed under the OMPP, it retained the broad range of accident benefits, complex entitlement rules, and the overburdened and protracted dispute resolution process introduced under Bill 164.

Further reforms rolled out from 2003 through 2010, including those relating to health care provider fees and assessment, pre-approved treatment guidelines and an increased deductible for court awards for pain and suffering, as well as introduction of additional “checks and balances” upon the elimination of the designated assessment centre (DAC) system.

In 2010, standard accident benefits were scaled back, optional benefits were expanded and a minor injury definition and treatment cap were introduced. Over the past three years, additional reforms have been introduced to address fraud, but even these measures have increased the complexity of the system.

Today, the system is overly complex and confusing. It is an entitlement system with far too much moral hazard. The problems first appeared under the OMPP, became worse under Bill 164 and have never been properly addressed.

Many people contend it is as adversarial as the tort system. Consequently, lawyers are heavily involved in the accident benefit system, something that was not contemplated when no-fault was introduced 25 years ago, and has led to more disputed claims and higher transactional costs.

There is little accountability within the system. As soon as there are adverse conditions, the insurance industry begins to pressure the government into make changes. Rather than force the industry to take more ownership, the government is inevitably co-opted into yet another round of reforms. This ongoing tweaking has only made things worse. Nick Gurevich, founder and past chair of the Ontario Rehab Alliance, suggests that “insurers are hooked on frequent government intervention. This removes insurers’ motivation to search and implement long-term internal system improvements.” Since 2010, there have been 31 new or amending auto insurance regulations.

WHY HAVE RATES REMAINED HIGH?

High auto insurance premiums in Ontario are driven by a number of factors. Some factors are unique to Ontario, such as urban density, weather and demographics, but many people believe the product largely contributes to stubbornly high rates. Ontario’s Insurance Act stipulates that auto insurance policies are second-payers to other public and private insurance plans, including the public health care system. However, the government has allowed the second-payer status to erode.

Eric Grossman, a partner at Zarek Taylor Grossman Hanrahan LLP, says “the public health care system has been downloading costs to auto insurance for years.” Not only public insurance, but private insurance plans have been allowed to write in auto accident exclusions in their policies.

Rob Sampson, a former Ontario minister with responsibility for auto insurance, agrees. “It is easier for insurers to pass on costs to drivers or persuade the government to make further changes than to address problems on their own. The product has become over-regulated and there is no confidence in the marketplace to manage costs,” Sampson contends.

Bardswick says she believes “there has been too much tinkering and not enough fundamental and significant change to improve the overall cost benefit equation long term. With each tinkering, the system has become more complex, more costly to administer, with any immediate cost savings quickly disappearing as players in the system adjust to the changes implemented. The regulatory burden has also driven out much of the ability or desire to innovate.”

The high cost of handling claims has become a serious problem. Greg Somerville, president and CEO of Aviva Canada, indicates that 48% of accident benefit costs are for non- treatment related activities.”

Grossman notes “the irony of the system is that the high cost of fighting claims encourages settlements which are incentive for more disputes.”

Finally, fraud, something no one is able to either accurately quantify or define, continues to place cost pressure on the system. While everyone agrees a staged accident is fraudulent activity, not everyone is prepared to accept the notion of opportunistic or soft fraud.

HOW DO YOU FIX THE SYSTEM?

Many people would welcome a system that was simpler and would allow most accident victims to navigate the system without a representative. There is a lot of nostalgia for the OMPP because stakeholders remember it as a system that had few rules and procedures and fewer disputes.

However, it would be naïve to think that the OMPP would not have evolved. It would not have necessarily developed into the existing product, but there would have been pressure to reform the system as a result of growth in the rehabilitation sector, adverse arbitration and court decisions, increased involvement of lawyers, pressure for more consumer protection provisions and fraud.

The accident benefits system has been eroded over the past few years, but it must be acknowledged that eliminating these benefits does not eliminate those costs from the system. Some stakeholders would like to see a system with quite modest accident benefits and any additional compensation provided through tort. However, that would bring the industry full circle to the pre-OMPP, which experienced significant cost pressures.

It is the concept of using an insurance system to provide a social safety net that is flawed. The current no-fault system resembles a government program with special compensation and eligibility rules for caregivers, retirees, the unemployed and students. Bryan Davies, former CEO and Superintendent of Financial Services, says he believes that “if the government wants to provide a social safety net, then it should be delivered by government.”

So what is the answer? The Ontario product has always been different than what exists in other jurisdictions, but looking at elsewhere may not provide an answer. A made-in-Ontario solution should include private insurance companies continuing to provide third-party liability coverage and physical damage coverage, while the government creates a not-for profit Crown corporate to deliver accident benefits.

A single adjudicative body would introduce significant efficiencies, standardize claims practices and eliminate the adversarial nature of the product. Insurers would collect premiums on behalf of the Crown corporation, which would inform insurers how much to charge for accident benefit coverage based on accident benefit and overhead costs. This system would require reduced advocacy and a scaled down dispute resolution process, there would be no settlement of accident benefits, and claims would remain open as long as there were insurable losses to pay.

It is time for the government to get away from tinkering with the system and eliminate the existing design flaws. A public debate is badly needed. The past 25 years has not been a total failure, but it is not working.

*Published in the May 2015 issue of Canadian Underwriter