ON Court of Appeal Divided in Accident Benefits Nexus Case

In a 2-1 split, the Court of Appeal for Ontario has allowed an insurer’s appeal of a priority dispute case deciding whether any insurer of any kind, or only “motor vehicle liability insurers”, are obliged to pay accident benefits pending the resolution of a priority dispute.

In Zurich v. Chubb, the claimant was driving a Ford Windstar that she had rented from Wheels4Rent, a car rental agency.  On September 23, 2006, she had an accident and was injured.  No other vehicle was involved.

The claimant then applied for accident benefits to Zurich, which insured Wheels4Rent. Zurich administered the claim on a “without prejudice” basis.  Zurich took the position that Chubb was the first insurer under Ontario’s statutory accident benefits scheme and should have paid first, pursuant to section 2 of O. Reg. 283/95.

At arbitration, the arbitrator found that that Chubb was not an insurer for the purposes of the Insurance Act and O. Reg. 283/95, because at no time did it issue a motor vehicle liability policy to Wheels4Rent or the claimant. Accordingly, he held that there was no nexus or connection between Chubb and the claimant.

On appeal, the judge disagreed with the arbitrator’s finding that Chubb was not an insurer or that there was no nexus/connection between Chubb and the claimant. The judge found that the arbitrator erred in finding that the optional policy was not a “motor vehicle liability policy” under the Insurance Act. He found that the policy was specifically intended for car rental companies and their customers. The obvious intent was to provide extra insurance for renters.

With respect to the nexus argument, the judge held that the arbitrator erred buy applying a “remoteness” test instead of an “arbitrariness” test. He held that the connection between the claimant and Chubb may have been remote, but it was not arbitrary.

The Court of Appeal held that the appeal judge erred in concluding that the Chubb policy was a “motor vehicle liability policy”. There was no element of that accidental death and dismemberment policy that insured against liability to others arising out of property damage or injury caused by an automobile or the use or operation thereof:

Ms. Singh’s choice to send her application to Chubb was not random or arbitrary, but was based on the optional coverage provided to Wheels 4 Rent customers. Nonetheless Chubb was not required to respond as it was not a “motor vehicle liability insurer”, nor had it held out or represented to have ever provided such coverage at any relevant time.
Both the plain meaning of s. 268 of the Insurance Act and O. Reg. 283/95, and the underlying policy behind the legislation, favour excluding non-motor vehicle liability insurers from the obligation to pay first and dispute later. [emphasis added]

The policy that Chubb offered to Ms. Singh in this case was not a motor vehicle liability policy as it did not provide liability coverage. However, it is also apparent that Pardu J.A. does not use the term “non-motor vehicle liability insurer” in the narrow sense to denote an insurer who, as a matter of fact, has not issued a motor vehicle liability policy that provides coverage to the applicant. To apply this narrow sense of the term would effectively overturn existing case law under the Regulation. Instead, Pardu J.A. avoids overruling the earlier case law by suggesting that the Regulation will continue to apply to an insurance company that has not issued a policy to any relevant person so long as there was “purported” or “represented” coverage.

…
I expect that adjudicators in future cases will struggle with determining whether an insurer is a “non-motor vehicle liability insurer”. They will have difficulty reconciling the conclusion that the plain meaning of the Regulation excludes “non-motor vehicle liability insurers” with the proposition that the pay first obligation will continue to apply in cases where there is no actual coverage, but only “purported” or “represented” coverage.

The “nexus test” has been the subject of much debate over the past several years, primarily because insurers who did not have valid auto policies in play at the time of a loss were being forced to pay accident benefits (and incur loss control expenses) at the outset. Some of those insurers became saddled with claims indefinitely, having taken an off-coverage position initially without pursuing a priority dispute.

With that in mind, insurers should be aware of the huge (and sometimes very costly) risk of relying on the (no) nexus test to refuse an application for accident benefits, especially in light of the new requirements under section 2.1 of O. Reg. 283/95 for accidents on or after September 1, 2010. 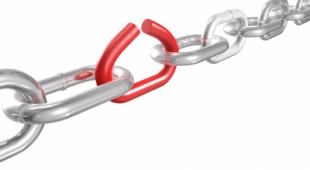