The Supreme Court of Canada has dismissed the applications for leave to appeal from Lombard/Zurich in the “loss transfer laches” cases. Both insurers were trying to seek leave from the Court of Appeal of Ontario’s decision in November 2015, which held that the equitable doctrine of laches is not available to second party insurers defending loss transfer claims. 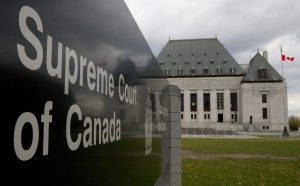 The Court of Appeal heard both cases on June 22, 2015. In its decision released today, the Court agreed with the judge in the Lombard case:

I agree with Chiappetta J. that the defence of laches cannot be invoked in response to a loss-transfer claim under s. 275. Such a claim is a claim for legal relief. In my view, given the historic restriction of laches to claims for equitable relief, the removal of the provision preserving the use of equitable defences from the Limitations Act, 2002 and the comprehensive nature of the new Ontario limitations scheme, the defence of laches cannot be raised to defeat claims for legal relief that are subject to the unexpired basic limitation period under the Limitations Act, 2002, even those with an “equitable flavour”. Accordingly, even if a second party insurer’s right to indemnity under s. 275 might be argued to have an “equitable flavour” because its objective is to re-allocate the cost of statutory accident benefits in a more equitable fashion, a second party insurer cannot invoke the doctrine of laches as a defence.