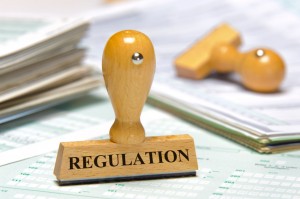 Section 51 of the SABS (O. Reg. 34/10) has been amended (by O.Reg. 236/14) so that interest payments of 1 percent per month compounded monthly for overdue SABS payments only applies up to the date on which a mediation proceeding begins.  Once the dispute reaches mediation the interest on overdue SABS payments is calculated at the prejudgment interest rate described in the Courts of Justice Act that is used for past pecuniary loss.  The lower interest rate and is then payable until the date a settlement is reached or a decision is issued that finally disposes of the dispute.

Section 49.1 has been added (by O. Reg. 227/14) to the SABS (O. Reg. 34/10)  to cover invoicing by unlicensed service providers.  These providers must bill claimants using the Standard Invoice (OCF-21) and the claimant is to submit the invoice to their insurer.  It is the responsibility of the insurer to provide HCAI with billing information from invoices submitted by claimants when they reimburse a claimant.

The Administrative Penalties regulation (O. Reg. 408/12) has been amended (by O. Reg. 230/14) to deal with significant contraventions of the regulations that can involve or potentially lead to improper billing practices by service providers.

The Service Providers – Standards for Business Systems and Practices regulation (O. Reg. 90/14) is amended (by O. Reg. 228/14) to introduce a duty to report accurately to the Superintendent of Financial Services, in the periodic return established under section 288.4(5) of the Insurance Act, all information necessary to calculate any applicable fees established pursuant to section 121.1 of the Insurance Act.

The Service Providers – Listed Expenses regulation (O. Reg. 89/14) is amended (by O. Reg. 229/14) to allow licensed service providers to seek payment for outstanding accounts directly from claimants where a full and final settlement has been reached and signed between the insurer and the insured person that includes these amounts.