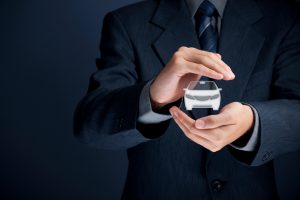 Effective April 1, 2016, the Licence Appeal Tribunal began accepting applications to the new Automobile Accident Benefits Service (AABS) system with an aim to quickly resolve disagreements between individuals and insurance companies about statutory accident benefits. The guiding principles created for new Tribunal were originally developed by Justice Douglas Cunningham and myself in a report released in 2014.

Over the past few month, there have been a handful of decisions from the Tribunal. I decided to review nine decisions to determine whether there were some early trends.

Many FSCO decisions dealt with procedural issues rather than benefit entitlement. Often, hearings were held to listen to preliminary issues. Although the sample size is small, it appears only three decision did not deal directly with benefit entitlement. One dealt with a claimant failing to attend insurer examinations, Another dealt with whether a claimant had the ability to elect to receive either the non-earner benefit or income replacement. The last one involved a claimant trying to claim the cost of preparing an application on an issue that was resolved prior to the case conference. These decisions may suggests that the LAT process may also be bogged down with procedural issues. This is not what Cunningham had envisioned.

The average time between the hearing date and the release of a decision was 51.5 days. This is a significant improvement compared to FSCO timelines but we need to remember it’s still early. Let’s see how this trends in the future. The decisions themselves have been very short. Somewhere between five to ten pages.

I did not review the quality of the decisions made by Tribunal adjudicators. I leave that for the users to determine. However, so far, the first few decisions have lived up to the reforms objective of a more expeditious process.