Joseph Campisi, a Toronto area personal injury has launched a constitutional challenge to Bill 15, Fighting Fraud and Reducing Auto Insurance Rates Act, 2014.  The bill received Royal Assent in November 2014 and introduces a number of changes to the auto insurance system including: 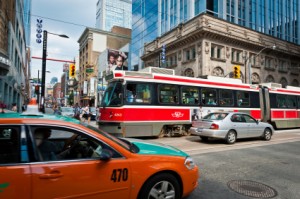 However the likely the trigger for the action is the provision in the bill that takes away the right of accident victims to take disputes regarding accident benefits to the courts instead of arbitration.  This provision was opposed by both plaintiff and defense lawyers, accident victims and health professional groups. Below is post on Joseph Campisi’s blog regarding his action.

Joseph Campisi, lawyer and advocate, is launching a constitutional challenge in the Ontario Superior Courts.  Mr. Campisi is seeking a declaration from the courts that parts of the legislation that were recently passed by the Liberal Government are discriminatory and unconstitutional and should be inoperative.
“The right to access the Superior Courts is a fundamental right for Canadians.  I am concerned that the recently proclaimed legislation will deny this right to individuals who have been severely disabled.” said applicant and noted Personal Injury Lawyer Joseph Campisi.  “Historically, the deck has been stacked against collision victims.  The recent amendments to the legislation have turned a bad situation into a worse one for these vulnerable individuals.  No longer will these individuals be allowed to have the assurance of impartiality and independence that is a cornerstone of our justice system when litigating a claim against their own insurance company.  I could not stand idly by and let this happen.”
In the fall, of 2014, the Ontario Government passed Bill 15 which is titled Fighting Fraud and Reducing Automobile Insurance Rates.  One of the legislative amendments changes how disputes between insurers and insured are settled.
Historically, disputes could be brought before the Superior Courts or before sophisticated arbitrators with expertise in interpreting insurance law.  Bill 15 has changed how disputes are resolved by giving the sole adjudicative power to individuals who will be appointed at the whim of the Liberal Government.  These are the same decision makers who have jurisdiction on matters ranging from film classification to upholstered and stuffed articles. Unlike historical appointments, individuals without any specialization or guaranteed independence or impartiality will be ruling on disputes that can run into the millions of dollars and will determine the quality of life that an automobile victim will face going forward.
“This application will challenge Bill 15 on the basis that it violates disabled persons’ Chapter s.15(1) right to be free from discrimination.  Bill 15 is also being challenged based on s.96 of the Constitution which relates to the public’s right to have access to the courts.  The way in which Bill 15 is drafted opens the door to political interference.  The government of the day can choose who will hear any dispute and if the government does not agree with the arbitrator’s decisions, the government can get rid of the adjudicator the next day.  When it comes to lobbying the government there is little doubt as to who has the deeper pockets- automobile insurers or accident victims.  Introducing such laws is undemocratic and detracts from the rule of law.  This legal challenge will fight for disabled individuals’ right to fair treatment and the public’s right to access the impartial court system.”

FSCO Releases A Draft Statement Of Priorities For 2014