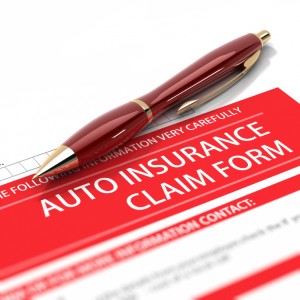 On August 26, 2015, the Ontario Legislature filed Bill 251/15, which amends the Statutory Accident Benefits Schedule in a number of remarkable ways. For the most part, the amendments apply only to policies issued or renewed on or after June 1, 2016. Existing contracts will remain subject to the current limits until the contract is terminated or renewed.

The most notable/talked about changes are to the catastrophic impairment definitions, but there are also significant changes to the non-earner benefits and med/rehab benefits available under the policy. What follows is a brief overview of the notable changes and the possible implications the accident benefits and tort industries faces with them.

The catastrophic impairment definition post June 1, 2016 includes new and/or updated definitions and criteria for traumatic brain injuries for adults and children. The new definition adopts a number of medical tools to categorize these impairments, such as reference to a (bedside) text called “Structured Interviews for the Glasgow Outcome Scale and the Extended Glasgow Outcome Scale: Guidelines for Their Use, Journal of Neurotrauma, Volume 15”. The often-controversial and highly problematic Glasgow Coma Scale category is removed.

Finally, the Desbiens / Kusnierz methods of “combining” physical and mental impairments now must be done with the American Medical Association’s Guides to the Evaluation of Permanent Impairment, 6th edition (as opposed to the 4th edition). The 6th edition provides a specific methodology for assigning a Whole Person Impairment (WPI) to certain mental and behavioural conditions, which the Legislature has adopted for use in conjunction with the 4th edition’s system for rating other impairments.

Under the existing SABS, the non-earner benefits are paid after a six-month waiting period after the accident (onset of disability), up to two years post-accident at a rate of $185/week. If the person continues to meet the disability test after two years, the benefit amount increases to $320/week. Further, the benefit is available to a claimant who is 16 years of age or older.

Most importantly, the non-catastrophic med/rehab benefits are no longer available after five years post accident (instead of 10 years). Of course this change may not make much difference in the long term considering how difficult it can (or should) be to make $50,000 last over the course of 10 years. Nevertheless, the insurer’s exposure post accident for these benefits will stop after five years. The new duration does not apply to children under 18 at the time of the accident.

The amendments have tweaked the attendant care benefit claim by confining entitlement to actual losses when an attendant care provider performs the services at a cost that is less than the actual amount stipulated on the Form 1 (“Assessment of Attendant Care Needs”).

The new changes present a number of challenges for insurers and claimants alike. Insurance adjusters will have to wrap their heads around the several new tools/texts that have been inserted in the new catastrophic definition, which could make responding to these claims difficult for the next while.

The new amendments are available on e-laws: http://www.ontario.ca/laws/regulation/100034

4 Comments » for More Changes Coming to SABS in June 2016