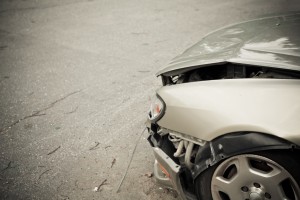 Why is FSCO releasing new treatment protocols?
In the Superintendent’s report on the Five Year Review released in 2009, a recommendation was made to develop a treatment protocol for minor injuries that reflects current scientific and medical literature. This recommendation was accepted by the government and confirmed in the 2012 Ontario Budget, which acknowledged that newer scientific and evidence-based approaches can be applied to the treatment of minor injuries resulting from automobile accidents.
How were the new treatment protocols developed?
In 2012, Dr. Pierre Côté, Associate Professor, Faculty of Health Sciences, University of Ontario Institute of Technology, was awarded a consulting contract to develop the Minor Injury Treatment Protocol (MITP) after an open competitive Request For Proposal process.
The Ontario Protocol for Traffic Injury Management Collaboration includes a multidisciplinary team of expert clinicians (from medical, dental, physiotherapy, chiropractic, psychological, occupational therapy and nursing disciplines), academics and scientists (epidemiologists, clinical epidemiologists and health economists), a patient liaison, a consumer advocate, a retired judge and automobile insurance industry experts. I played a small role on the project team.
Over the 2-year course of the project, the project team drew upon three sources of information concerning traffic injury rehabilitation.
1.    The team critically reviewed the contents and evidentiary basis of published clinical practice guidelines for the management of traffic injuries.
2.    They carried out an exhaustive search followed by a rigorous methodological evaluation of the current scientific literature concerning the management of traffic injuries published in peer-reviewed journals in the English language. They screened 234,995 abstracts and conducted in depth reviews of 597 scientific papers. This effort was summarized in 43 new systematic reviews of the literature.
3.    They also conducted a new study in which they gathered and carefully considered the narratives of Ontarians who have sustained injuries in traffic collisions and received health care.
The Final Report of the Minor Injury Treatment Protocol Project, titled “Enabling Recovery from Common Traffic Injuries: A Focus on the InjuredPerson” (Final Report) was delivered to FSCO at the end of December 2014.
What does the Final Report recommend?
The Final Report recommends a new classification of traffic injuries. The natural history of the initial injury is the basis for classification. A Type I injury is likely to recover within days to a few months of the collision; but during the period of recovery the patient may benefit from education, advice, reassurance and time-limited evidence-based clinical care. Type I injuries are the focus of this report. A Type II injury is not likely to undergo spontaneous recovery, and the injured person may require medical, surgical and/or psychiatric/psychological care. Type III injuries are a subset of Type II injuries, that involve permanent catastrophic impairment or disability. The care for Type II and Type III injuries is not covered in this report.
Persons with Type I injuries should be educated and reassured from the outset that their own inherent healing capacities are likely to lead to a substantial recovery. They should also be informed that only a discrete set of treatments show evidence of any benefit; and that the same evidence shows that benefit is largely on the basis of pain alleviation. Healthcare professionals need to listen to the patient’s concerns and emphasize measures to assist them to cope, recognize and avoid complications.
The MITP includes clinical prediction rules to screen for patients who may be at higher risk for developing chronic pain and disability. In addition, it focuses on treatment outcomes, and provides health care providers with numerous milestones to measure progress.
Interventions for Type I injuries should only be provided in accordance with published evidence for effectiveness, including parameters of dosage, duration, and frequency; and within the most appropriate phase. The emphasis during the early phase (0-3 months) should be on education, advice, reassurance, activity and encouragement. Health care professionals should be reassured and encouraged to consider watchful waiting and clinical monitoring as evidence-based therapeutic options during the acute phase. For injured persons requiring therapy, time-limited and evidence-based intervention(s) should be implemented on a shared decision-making basis, an approach that equally applies to patients in the persistent phase (4-6 months).
Sixteen care pathways have been developed to cover the clinical management of:
·         Neck pain and associated disorders
·         Soft tissue disorders of the upper extremities
·         Temporomandibular disorders
·         Mild traumatic brain injuries
·         Low back pain
What’s next?
FSCO had been conducting a consultation process with stakeholders. Before any final guidelines can be implemented, the government will need to make changes to the Statutory Accident Benefits Schedule.
The complexity of the proposed changes will require a substantial educational initiative. Clinicians and insurance company claims staff will need to be educated and trained on the recommended care pathways.  In some cases there may be resistance.  In addition, it is advisable that a public education campaign be undertaken to educate the general public on the proper management of soft tissue injuries.  It is not clear who would fund such a significant education campaign.