How many of your clients are on the same cloud?

Sitting next to me on a flight last week, a fellow passenger enthusiastically explained his start-up – a new cyber-cloud, he says. A place for consumers to store their sensitive data, he says. So I had to ask, “What happens when your cloud gets hacked?” Suffice it to say, there was awkward silence for the remainder of the flight. 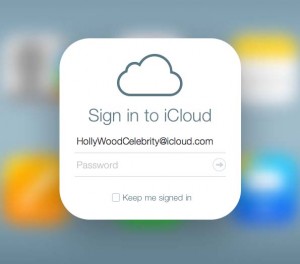 Apple has now stepped up its security, resolving that issue in its app.) Lawyers for some celebrities whose photos were stolen have vowed to take action on behalf of their clients. But who exactly will be responsible for this breach?

Just yesterday, cybersecurity expert and blogger Brian Krebs reported that the hardware giant Home Depot’s computer systems may have been hacked. Krebs, who first broke the story last December about Target’s data breach, has reported that nearly every Home Depot store in the U.S. may have been hacked by the same cyber criminals who hacked Target. Home Depot’s breach may have begun as early as May — compromising customers’ banking information throughout the summer months. Home Depot confirmed that it is working with law enforcement and with banks to investigate “some unusual activity” relating to its customers. Home Depot Canada is “assessing” the possibility of whether its customers have been compromised in this data breach as well.

While photos of home improvement projects may not be hack-worthy, bank account information is indeed valuable to cybercriminals. Start-ups notwithstanding, there are only a limited number of cloud locations which could mean large accumulation issues to insurers if multiple clients are on the same cloud. The question becomes: How many of your clients are on the same cloud?

1 Comment » for How many of your clients are on the same cloud?