The Superior Court has upheld an arbitrator’s decision, finding that loss transfer is subject to a two-year rolling limitation period.

In Economical v. Zurich, the claimant was driving a car and was involved in a motor vehicle accident with a dump truck. She applied to her insurer, Economical, for accident benefits. Economical responded and made payments to her. It then claimed loss transfer indemnification from Zurich, which insured the dump truck. 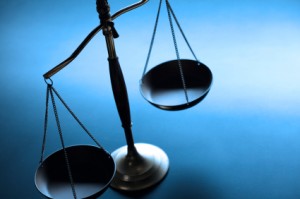 A Notice to Participate and Demand for Arbitration, dated November 25, 2009, was served by Economical, on Zurich, on November 29, 2009.

On December 8, 2011, the underlying accident benefit claim was settled as between the claimant and Economical. The Settlement Disclosure Notice indicates the total settlement was in the amount of $127,220.00.  A further Request for Indemnification, dated January 24, 2012, was sent from Economical to Zurich reflecting the amount of the settlement less costs, disbursements and HST. The amount requested for indemnification was $95,857.00.

At arbitration, the arbitrator held that the amounts in the first Request for Indemnification were excluded by operation of the Limitations Act, 2002, as the arbitration was not initiated until November 27, 2009. This request for loss transfer was in the amount of $27,516.12 before the $2000 deductible was applied. All subsequent requests for indemnification (February 21, 2008, April 17, 2008, March 8, 2011 and January 24, 2012) were not barred as a result of any limitation period.

Zurich’s appeal was dismissed. The judge agreed with the arbitrator that each Request of Indemnification invoked an independent or separate limitation period. This was referred to as a “rolling limitation period”. The judge also confirmed that once a first party insurer initiates arbitration, it does not need to do so again after it submits further loss transfer Requests for Indemnification. In other words, in this case Economical initiated arbitration on November 29, 2009. It then claimed additional loss transfer indemnification after it settled the claimant’s accident benefits file in December 2011. The judge confirmed that Economical was not required to initiate arbitration again for the December 2011 payments, having already initiated arbitration in November 2009.

The Economical decision confirms two principles: Firstly, loss transfer disputes are subject to a two-year rolling limitation period, starting each time the second party insurer receives a Request for Indemnification. Secondly, once arbitration starts, all subsequent Requests for Indemnification are protected in that arbitration. Essentially the limitation period for all claims (past and future) stops rolling when arbitration is initiated.