Christian Bieck is the global leader of the insurance practice for the IBM Institute for Business Value, a research organization dedicated to providing high quality thought leadership based on primary data and real life case studies. Christian has been working in the insurance industry since 1993, as researcher, consultant, project manager and even selling insurance... 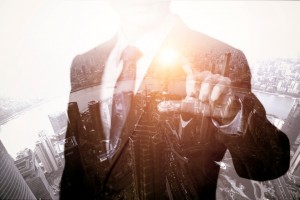 My colleagues in the IBM Institute for Business Value have been hard at work over the past few months, analyzing the responses of more than 5,200 interviews with C-Suite executives in 21 industries and more than 70 countries globally on the threats and opportunities facing their companies and industries. Last week, the 2015 Global C-Suite was launched and is available for download. We will be having a closer look at the insurance data over the next week weeks, but the cross-industry finding are already fascinating – and should be illuminating for many insurers. Let’s have a quick peek today.

If you want a tl;dr, it would be that companies are worried about the “Uber Syndrome” – a competitor with a completely different business model entering your industry and causing massive upheaval to incumbent. The reports identifies two kinds of invaders: the digital giants – large firms with digital muscle – and the ankle-biters – small, agile and coming from niches. What would those be in insurance? Digital giants would be the Googles and Amazons of this world – a significant percentage of customers would buy insurance from them, if they could (and in some places, they already can), and with their customer knowledge, speed and flexibility, they would be a massive disintermediative threat. Ankle-biters are currently harder to see – I’d count Friendsurance or Wesurance among those.

The report identifies three key initiatives to ready the enterprise for the next level of competition:

All three are still somewhat alien to insurer thinking. Insurers believe regulation – while also a drag – protects them from digital invaders; but as the Google Compare example shows, that might be an illusion. The speed of change is accelerating, and with it historical data and knowledge have less value.

The third bullet might be the most exciting to discuss with insurers. How often do we hear “we are ok with being (fast) followers”? That might work up until the point where the speed of change become too high. After that, you can still be a follower, but your flexibility needs to be just as good as those of the leaders – even a lag time of two years will be way too much.

[Update] There is also a brand new tablet app for a much nicer read of the new study; V1.1 is currently only available on iPad, although Android should be out soon. Don’t throw away your old one yet – V1 can only show studies in the new landscape format that we launched 2015. V2 will take care of that.

Christian Bieck is the global leader of the insurance practice for the IBM Institute for Business Value, a research organization dedicated to providing high quality thought leadership based on primary data and real life case studies. Christian has been working in the insurance industry since 1993, as researcher, consultant, project manager and even selling insurance...
All posts by Christian Bieck

The Risks of Digital Interconnectedness