On Diversity and Inclusion in the Insurance Industry

Over the course of this year, a number of organisations in the London insurance market have publically committed to Lloyd’s Diversity and Inclusion Charter. A steering group of inclusion champions led by Aon’s Dominic Christian will be issuing guidance in 2015 on how signatories can get started on policies and practices to promote positive change in our industry. High on the list of priorities will be protocols to tackle gender inequality so the insightful ‘Women in Financial Services’ report published on Friday by consulting firm Oliver Wyman is a timely exploration of why men dominate top positions in our sector and how we might improve diversity at these senior levels. 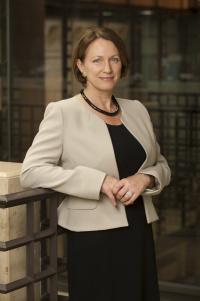 Those of us working in city based insurance businesses can see with our own eyes the gender imbalance yet the statistics still paint a stark picture. According to the Oliver Wyman survey of 150 of the world’s major financial services firms, just 13% of executive committee members are women, mostly managing compliance and support functions. Few lead profit generating lines of business, the traditional path to the apex of the pyramid, so it is unsurprising therefore that only 4% of CEOs are female. Indeed, in over a third of the companies studied, the executive leadership was entirely male. When one considers the high proportion of women working in financial services, the degree of female under-representation at the top is, as we are all aware, simply staggering.

The encouraging point is that a tangible impetus to take the subject seriously is evolving. In raking over the coals of the global financial crisis, regulators were alarmed at the macho-culture at the heart of our financial institutions. The banks’ model of aggressive and dominant styles of leadership that excluded most women and men not fitting an ‘alpha-male’ stereotype ultimately drove markets over the cliff in a cloud of testosterone. With the encouragement of policy makers, therefore, companies are starting to ditch some of those masculine leadership traits that were important in the past, so says Oliver Wyman. Their research revealed that ideas about what a leader looks like are beginning to change, recognising that a combination of gender-neutral and feminine characteristics makes that individual more effective. In other words he/she may be patient, intuitive, understanding and trustworthy as well as competitive, ambitious and analytical.

Fixing the industry (rather than fixing the women) might be the key to increasing diversity at senior levels but as Oliver Wyman are also quick to illustrate, there are plenty of other initiatives we might adopt to accelerate change. Amongst those, good companies overcoming biases by placing more high potential women into business line roles with profit & loss experience is one of the most intriguing. Only a handful of active (chief) underwriters of Lloyd’s Syndicates are women (let alone from a non-White ethnic background) so the diversity and inclusion steering group have an obvious place to target their first round of guidance in the new year.