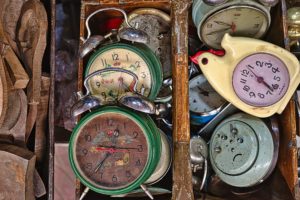 The Ontario government announced last Friday that it was suspending limitation periods while the province was under a state of emergency because of COVID-19. This will have a major impact on loss transfer and priority disputes.

In Markel Insurance Company of Canada v. ING Insurance Company of Canada, the Ontario Court of Appeal held, pursuant to the Limitations Act, 2002, that loss transfer matters are subject to a two-year rolling limitation period. This means that each loss transfer request for indemnification starts a two-year clock to recover the indemnification amount in the request. All clocks stop ticking when the insurer initiates arbitration.

3. (1) No insurer may dispute its obligation to pay benefits under section 268 of the Act unless it gives written notice within 90 days of receipt of a completed application for benefits to every insurer who it claims is required to pay under that section.

5. (1) An insured person who receives a notice under section 4 shall advise the insurer paying benefits in writing within 14 days whether he or she objects to the transfer of the claim to the insurers referred to in the notice.

7. (3) The arbitration may be initiated by an insurer or by the insured person no later than one year after the day the insurer paying benefits first gives notice under section 3.

8. (2) The following rules apply with respect to an arbitration of a dispute relating to an accident that occurs on or after September 1, 2010:

1. If an insurer to whom a notice to initiate arbitration is delivered does not respond to the notice within 30 days, the insurer is deemed to have accepted the jurisdiction of the arbitrator proposed in the notice.

2. A pre-arbitration hearing must be scheduled and take place no later than 120 days after the appointment of the arbitrator.

4. The arbitrator may grant an adjournment on such terms as the arbitrator considers appropriate, but only if there is cogent and compelling evidence of the reasons why the hearing cannot proceed on the scheduled day.

And Whereas the criteria set out in subsection 7.1 (2) of the Act have been satisfied;

Now Therefore, an Order is made pursuant to subsection 7.1 (2) of the Act, the terms of which Order are the following:

What does this Mean?

Given that this Order was released last week, and given that it is unprecedented, the following discussion is based on my review and impressions as of today. This is not legal advice and I reserve the right to be completely wrong!

Paragraph 1 of the Order applies to limitation periods. Note how the Order suspends the “provision” establishing a limitation period and not the actual limitation period. This likely means that any limitation clock that was ticking before March 16, 2020 stopped ticking on that date. Presumably, when the Order is lifted and all of the affected provisions are no longer suspended, all clocks will start to tick again. But how would this work in practice?

Paragraph 2 applies to “timelines” in any proceedings (including courts and tribunals) in Ontario. These timelines are also suspended – but the suspension is subject to the discretion of the court, tribunal, or decision-maker responsible for the proceeding. The example above likely applies to procedural timelines too (clocks resume ticking when the Order is lifted), although it appears the judge/tribunal could start the procedural clock at their discretion.

The Order does not include any transitional language as to how matters will be handled when the Order is lifted. This might cause some confusion. For instance, if a party had only one day left on their clock as of March 16, it might be unfair to them to be faced with a limitation expiry as soon as the Order is lifted. They might miss the lifting Order altogether. Therefore, I can foresee a future Order with some protocols for the transition back to a world where clocks tick once again.

Pursuant to paragraph 1 of the Order, if you are pursuing loss transfer, it means that the limitation clock has stopped on any loss transfer requests for indemnification that you have sent less than two years ago. For example, if your limitation period would otherwise expire on April 1, 2020, it won’t if the emergency Order is still in effect.

It also means that sending a loss transfer request for indemnification today does not start a two-year clock until the emergency Order is lifted.

As noted above, priority disputes are subject to several limitation periods and procedural timelines. The manner in which these operate during the emergency will be very interesting (in an insurance sort of way).

This likely means that if a section 3 notice was given before March 16, 2020, the limitation clock stopped as of March 16. For example, if on March 16, 2020 the insurer had 30 days to initiate arbitration, they will likely still have 30 days to do so once the Order is lifted.

Where a section 3 notice is given on or after March 16, 2020, the insurer will likely have a full year to initiate arbitration once the Order is lifted.

The arbitrator will be able to decide how to deal with the remaining procedural timelines under section 8.

Appeals from loss transfer and priority dispute arbitrations are heard at the Ontario Superior Court. Section 47 of the Arbitration Act, 1991 prescribes a 30-day limit for bringing appeals:

47 (1) An appeal of an award or an application to set aside an award shall be commenced within thirty days after the appellant or applicant receives the award, correction, explanation, change or statement of reasons on which the appeal or application is based.

However, if your Arbitration Agreement specifies a 30-day deadline to appeal, you might be bound by that agreement, which may not fall under the scope of the Order – I reserve my right to argue otherwise in future.

Just because time is frozen does not mean we should rest on our laurels. I strongly recommend that you take all necessary steps (while social distancing of course) to satisfy your limitation deadlines while the Order is in effect. The only thing better than a frozen clock, is a clock that has ticked its last tock before the suspension Order stops.

It is vitally important to keep track of your limitation period dates in light of the suspension. If you have a pending limitation date, you should highlight the remaining number of days, weeks, months, or years as of March 16, 2020 and revisit those numbers as soon as the Order is lifted. Better yet, treat all matters as though the suspension was not in place and maintain efforts to satisfy your deadlines as in the ordinary course.