I have started my career as a General Insurance Broker in 2005 and I am still working as a broker with Link Insurance Agency Ltd in Calgary, Alberta. I am the founder & President of Knowledge & Achievement Inc., a company dedicated to train, and coach new general Insurance brokers. We offer in class training programs on sales, client services and complete broker training. Over the last few years, I have personally trained and mentored many new brokers and help them launch their successful careers.
website 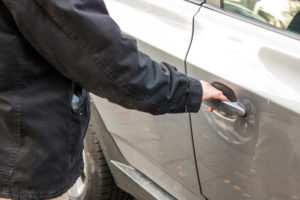 History tells us whenever we mix politics with business, results are nothing but economic devastation and complete collapse of free enterprise. This experiment was done many times in the world’s history when governments jump into running factories, food chains, phone companies, banking and even insurance, but failed again and again. It happened in Soviet Union, China and many other parts of the world but this experiment failed miserably and governments realised it after 20, 30, or 50 years later that this kind of intervention kills industry, innovation and economic growth.

Unfortunately, in 2004 Ralph Klein government repeated the exact same mistake, but indirectly. Instead of jumping right into the Insurance business themselves they arm twisted the Insurance industry to accept and help implement the new Auto insurance reform system with “all comers rule”. The intention was to provide affordable insurance for all Albertans, especially young drivers. This system was neither fully government owned like some other provinces of Canada nor completely private. This was an in between creature, that was unleashed on the insurance industry and gradually led us to a complete mess, we are in today.

All comers rule in Private Passenger Vehicles with all its good intentions has damaged the Auto Insurance Industry in Alberta like no other system in the history of Canada.

Auto Insurance reform abolished the traditional mid-market companies for borderline, high risk drivers and Insurance companies were forced to accept such potentially high risk drivers, on to their books of business, which affected their profitability and generated higher loss ratios. Drivers who should have been getting a bus pass managed to get behind the wheels. Facility market was emptied out and all those drivers who were supposed to be in the high risk facility market dumped into the regular market.

Over the years, the Grid rating system lost its purpose and become a worthless tool, a mere exercise on paper. Grid premiums are getting higher and higher and now market rates of insurance companies are much lower than the Grid rates, most of the time.

In a race to the bottom, Insurance companies started  to lower auto insurance rates than Grid to attract more new or inexperienced drivers. Price wars started, who will offer the lowest rate to get the maximum market share.

Today, private passenger Auto and property insurance markets in Alberta are in deep trouble. Loss ratio bars are touching the sky. Most of the large insurance companies are paying 90-100 %  of their revenue in claim servicing. This situation is coupled with the unpredictable weather related losses such as hail, flood, water damage and wildfire.

Broker contracts are being cancelled at an alarming rate because these weather related catastrophic losses are being assigned to the broker’s record, showing higher loss ratio numbers, which does not reflect the true picture of broker’s record. Broker channel represent the sale of at least 75% of insurance sales in Canada. As a result of these drastic measures brokers are being forced to shut down their offices especially in Alberta and sell their businesses, if they can.

It is time for the Alberta government to step in and bring in revolutionary changes to the insurance industry. A complete overhaul is needed to start looking at insurance from a fresh, new perspective especially for private passenger vehicles. Abolish the All comers rule and Grid rating system which slow poisoned the industry over the years. It is time to save the insurance industry in Alberta before it is too late.

I have started my career as a General Insurance Broker in 2005 and I am still working as a broker with Link Insurance Agency Ltd in Calgary, Alberta. I am the founder & President of Knowledge & Achievement Inc., a company dedicated to train, and coach new general Insurance brokers. We offer in class training programs on sales, client services and complete broker training. Over the last few years, I have personally trained and mentored many new brokers and help them launch their successful careers.
All posts by Ehsan Rasul

AI – The 4th revolution, are we ready?

Sneak peek: Is the industry ready for insurance platforms?