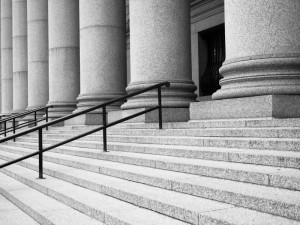 A Superior Court judge has held that an accident victim, who was unlawfully in Canada at the time of the accident, was not a person who “ordinarily resides” in Ontario.

In Silva v John Doe, the plaintiff arrived in Canada in 1992 using a fraudulent passport and his brother’s visa. He spent the next few years working illegally in Ontario. In or around early 1995, the plaintiff was arrested and detained by Immigration Canada. A deportresidencyation order was issued, and the plaintiff was deported to his homeland of Brazil shortly thereafter.

The plaintiff then re-entered Canada in or about October 2002.  On discovery, the plaintiff admitted crossing the Canadian border at Niagara Falls without authorization.  He remained here illegally, and obtained employment illegally.

In April 2011, the plaintiff was struck by an unidentified vehicle. He commenced an action against the unidentified driver (John Doe) and the Motor Vehicle Accident Claims Fund. After commencing this proceeding, the plaintiff unsuccessfully claimed refugee status and was ultimately deported a second time.  He now resides in Brazil.

The Fund brought a summary judgment motion, seeking to dismiss the action on the basis of section 25 (1) of the Motor Vehicle Accident Claims Act:

Section 25 (4) provides that residence is to be determined as to the date of the motor vehicle accident.

At the motion, both parties relied on the Supreme Court of Canada’s seminal decision in Thomson v Minister of National Revenue (1946).  In Thomson, the Court held that the term “ordinarily resident” ought to be interpreted with reference to the particular statute containing that term.  In other words, the meaning of “ordinarily resides” must be determined with particular reference to the Act itself.

The judge found that the purpose of the MVAC Act is remedial and designed to confer a benefit upon a specific class of Ontarians. With respect to this case, the judge stated:

I do not believe that it was the intention of the Ontario Legislature in enacting this statute to allow a person the opportunity to reap the benefits of ordinary residency in Ontario via a clandestine life through the passage of time.  Even though the Act, as remedial legislation, ought to be interpreted liberally, I do not find the plaintiff to be a member of the specific class of Ontarians sought to be protected by this Act.

While the plaintiff did enjoy a continuous physical presence in Ontario, that is but one factor to consider.  The plaintiff’s presence was the result of deception, and he never sought to regularize his illegal status (a status of which he was well aware) until after he was made subject to a deportation order.

Accordingly, the judge granted the Fund summary judgment and dismissed the action.

This case serves as a good example of how courts generally loath to reward persons with dirty hands, even when interpreting remedial legislation.