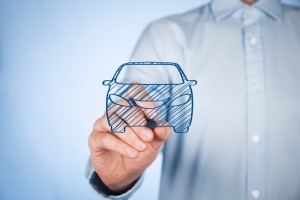 The promise to reduce auto insurance premiums by 15% is a failure.

In August 2013, the Ontario government announced a two-year rate reduction strategy. What has ensued since that announcement has been a series of reforms to bring down the cost of insurance. Many of those reforms include no-fault accident benefit reductions.

So how successful has the strategy been? Last week, FSCO posted the fourth quarter rate approvals for 2015. The FSCO post indicates that rates fell a minuscule 0.15% in the quarter. For the entire year, rates fell by just 1.0%. Since August 2013, rates have only come down by 7.1%. That’s not even half of what the government has been trying to achieve.

Premier Kathleen Wynne now calls the 15% rate reduction strategy a “stretch goal”. That’s as close as you’re going to get a government to admit to failure.

It’s time the government undertake a comprehensive review of the auto insurance system and resolve the systemic problems plaguing the system. Half measures lead to “stretch goals” and chronically high insurance premiums.

Birthday Party Fall from Fire Truck not an “accident”

LAT Will Not Be Following All of the Cunningham Recommendations