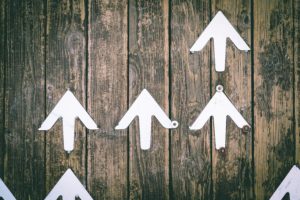 It’s a Friday afternoon before a long weekend, of course, and you’ve just received a potential SABS priority dispute. A new Application for Accident Benefits arrives on your desk and the claimant alleges that she was in your insured’s vehicle at the time of the accident. Not surprisingly, you have no record of her under your insured’s policy.

What follows is the first of several articles that will cover the A to Zeds of everything you ever wanted to know about priority disputes (but were afraid to ask).

Section 268 (2) of Ontario’s Insurance Act contains a priority pecking order that determines which insurer is responsible and required to pay accident benefits to a claimant after a motor vehicle accident:

Recourse under the third level can also trigger coverage under more than policy, depending on the number of insured vehicles involved in an accident.

In these scenarios, sections 268 (4)-(5.2) provide tie-breaking provisions between two or more “equally ranked” insurers. In most situations, the claimant has the absolute discretion to choose to which insurer they are claiming recourse. Once chosen, that insurer has priority. However, if a person is a named insured, spouse, or dependant under more than policy, and the person was an occupant of a vehicle that insured them as such, they much claim benefits from that insurer.

Under most non-auto insurance policies, where an insurer receives an application or claim under a policy from someone they don’t cover, the insurer can simply deny coverage and refuse to pay anything under the claim. There is no legal obligation for an insurer to indemnify a claimant under a policy if the person isn’t covered under the policy. If the person wishes to dispute coverage, they must issue an action against the insurer.

To meet this objective, the Legislature created a relatively short Regulation under the Insurance Act, named Disputes Between Insurers, O.Reg. 283/95. As the title suggests, where an insurer wishes to dispute its responsibility to pay benefits on the basis that another insurer is responsible to pay them, the insurer must follow the provisions of the Regulation: It cannot deny the claim and tell the claimant to “go away”.

When a claimant contacts an insurer about a potential claim (in practice this usually means reporting an accident to the insurer), the insurer must send the claimant all the requisite application forms. An insurer cannot take any steps to “deflect” the claim to another insurer. In other words, the insurer cannot interfere with the claimant’s application by, for example, suggesting that there is no coverage under this policy or against this insurer.

The first insurer that receives a completed application for benefits must respond and pay any entitled benefits pending the resolution of any priority dispute. Subject to a rare exception (known as the sufficient nexus test, a topic for another blog), the insurer cannot refuse to accept the completed application or pay the benefits on the basis that they are disputing priority.

This ensures that a claimant is not caught in a black hole without benefits as two or more insurers dispute priority.

Most accident benefits adjusters would agree that the busiest time in most claims is right at the beginning. This is when injured claimants are getting familiar with the process for claiming benefits and adjusters are busy learning about the new file. Unfortunately, during this time, O.Reg. 283/95 doesn’t make it easy for these adjusters to start their priority disputes: Any insurer that wishes to dispute priority against another insurer(s) must give the insurer a written priority dispute notice within 90 days after they received the completed application for benefits. This means not only does the adjuster need to adjust a new file during a busy stage, but they also must investigate the claim for priority to see if there is another insurer who might have priority over them.

The 90-day notice time limit is very strict. An insurer that gives a priority dispute notice to another insurer could be barred from proceeding with their priority dispute unless they satisfy a two-step test:

The onus is on the insurer who is trying to get past the 90-day notice to satisfy both steps of the test. Failure to do so bars the dispute from proceeding. This means an insurer who isn’t necessarily the priority payor might end up being saddled with paying the claim indefinitely.

Accordingly, it is very important that an insurer investigates priority and carries out a reasonable investigation as early as possible.

Moreover, if an insurer wishes to give notice of a priority dispute to the Motor Vehicle Accident Claims Fund, the insurer must first complete its reasonable investigation to determine if there’s another insurer liable to pay ahead of the Fund, and must also provide the Fund with information about the investigations it undertook and their results.

To help insurers investigate priority, the Legislature has added a valuable tool: The Examination Under Oath. As of September 1, 2010, the insurer paying benefits can schedule an EUO of the claimant to review priority issues. Doing so does not “burn” the EUO that is available under section 33 of the Statutory Accident Benefits Schedule (SABS). An EUO can be requested during the 90-day notice window or at any time during the dispute.

Where the insurers cannot agree on priority, the dispute must be resolved in a private arbitration under the Arbitration Act, 1991. Neither the courts nor the LAT has jurisdiction to hear priority disputes at first instance.

Arbitration must be initiated no later than one-year after the insurer paying benefits gave a priority dispute notice under section 3. Unlike section 3, there are no “saving provisions” under section 7 if the one-year limitation is missed. Therefore, insurers must make sure they initiate arbitration properly, pursuant to the Arbitration Act, 1991.

Once an arbitrator is appointed, the initial pre-arbitration hearing (always conducted by telephone) must be scheduled within 120 days. The actual arbitration hearing must be scheduled within two-years after the start of the hearing, unless the parties consent to extending that time. However, once the hearing date is scheduled, it cannot be adjourned unless the arbitrator finds there is cogent and compelling evidence that justify an adjournment.

The Arbitration Act, 1991 allows parties to appeal decisions to the Ontario Superior Court, with leave (permission from the court to appeal), solely on questions of law. However, the Act allows the parties to agree in an arbitration agreement that appeals can be made to the Superior Court without leave, on issues of law or mixed fact and law. In practice, I have never conducted an arbitration hearing without having an agreement in place that preserved the right of appeal to issues of law or mixed fact and law, without leave.

The most important takeaway from this article is to recognize and appreciate the very strict timelines in the priority dispute scheme. It is very difficult to get around the 90-day notice deadline, and it is pretty much impossible to get past the one-year limitation to initiate arbitration.

The second important takeaway is that insurers should never refuse to accept a completed application for benefits from a claimant. As I will discuss in a future article, the case law has developed an exception that would allow an insurer to refuse an application only if there is an insufficient nexus between the claimant and the insurer. But it is very risky (and potentially very expensive) to deny an application and try to rely on the nexus test. It is much safer to accept the claim and pursue a priority dispute under the Regulation.

Stay tuned for my next article in the series!