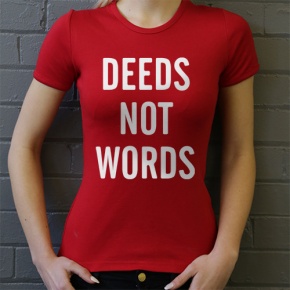 I recently hosted an industry table at a charity dinner. As always, choosing the guests was one of those chores underlining just how few senior women there are in the market. It is utter misery to be surrounded by all or mostly blokes at these events, never mind the lousy message it sends about insurance to the other diners from more progressive parts of the economy. I was delighted therefore to somehow assemble a gender-equal group to join me for what turned out to be a cracking night.

Sitting next to me was a very interesting woman who had recently joined one of the well-known brokers. As the red wine steadily disappeared our conversation turned to the market, which is still a “boys club” in her experience. In a world where the judgements and styles of men shape the workplace culture, she has battled hard to achieve career success.

Last week the Chartered Insurance Institute (CII) published its survey of 192 businesses, revealing an average gender pay gap of 23% for insurers and 24% for intermediaries. Aside from the construction sector, the insurance industry is just about as wide as this gap gets and the reason is clear; there are simply not enough women in the upper branches, let alone the top of the executive tree.

After digesting that, curiosity got the better of me and I rooted around for the gender pay data for my dining companion’s new firm; an organisation that is currently applauding itself for being one of the most ethical companies in the world. I eventually discovered in a Business Insurance article that their gap is 51% – twice the national average. Unlike most of its peers, it is a pity that this firm has not presented an action plan to address their pay gap, or if they have it is extremely well hidden from view.

Fortunately, other businesses are less reticent and good initiatives are emerging. Some are even setting targets for gender representation. Lloyd’s for example are aiming for at least 40% women in their senior management group in the next five years. Aon is redesigning their recruitment and promotion process to achieve gender-balanced lists of candidates; deploying software to decode job literature; and removing all gender specific language and insinuation. Aviva is introducing more flexible working policies, offering 52 weeks of parental leave (a half of which on full pay) equally to men and women when a new child arrives. The Chubb Rising forum has been created to showcase successful women in that business. MS Amlin has appointed a (female) Chief People Officer to oversee the advancement of women in their organisation.

At the CII, the People Engagement Director Tali Shlomo is being diplomatic: “We are not looking to name and shame individual firms, but to work in collaboration with the sector as a whole in order to address the root causes of the pay gap” she says.

True, we have an industry wide problem but each company is unlikely to address it with identical vigour and at the same speed. The pay gap data is a comparative tool that is wasted if it is not adopted by the CII (and others) to measure individual firm’s progress. As my dinner discussion revealed, some businesses have more to achieve than others. Surely we should at least shine a light on firms whose deeds not words set them apart in tackling gender inequality and by implication also the laggards living in the past.