I recently read a Superior Court decision about a woman who burned herself with hot coffee at a McDonald’s drive-through. 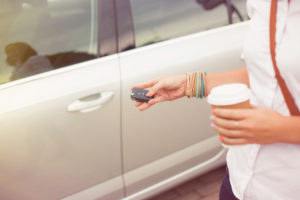 This case has nothing to do with the notorious hot coffee tort case in the U.S. that made headlines many years ago. This matter has to do with automobile insurance coverage. In Dittmann v. Aviva, the plaintiff arrived at McDonald’s and ordered her coffee at the drive-through. She then pulled alongside the drive-through window where she paid for the drink. It was then handed over to her. She attempted to transfer the cup of coffee across her body to the vehicle’s cup holder while holding it by its lid. During this process, the cup released from the lid, spilling scalding coffee on the plaintiff’s thighs. Of note, there was no collision. The vehicle was stationary and not moving when the coffee spilled on the plaintiff.

As a result of the incident, the plaintiff applied to her insurer for accident benefits, claiming she was involved in an “accident”. That term is defined in the policy, as follows:

“…an incident in which the use or operation of an automobile directly causes an impairment ….”

The insurer denied the claim, taking the position that the incident was not an “accident”. More specifically, the insurer claimed that the coffee spill was an intervening event that had nothing to do with the use or operation of the vehicle.

The motion judge disagreed with the insurer. The judge reviewed the legal tests for determining whether a particular incident is an “accident” (known as the “purpose test” and “causation tests”) and found that the plaintiff met those tests. With respect to causation, the judge was satisfied that the risk of having a hot beverage spilling on the plaintiff as she went through the drive-through with her vehicle was “normal” and not outside the “ordinary course of things”, such as having someone throw hot coffee at you while driving or getting sick because of something inside the coffee.

Accordingly, the judge found that the plaintiff was involved in an “accident”. This case draws a fine line between what is “normal” and what is “outside the ordinary course of things”. Most people do not order hot beverages from drive-throughs expecting or even anticipating that they will get injured from those beverages and filing auto insurance claims. I would not consider getting burned by my hot coffee in a car to be inside the ordinary course of things.

Nevertheless, having burned my fingers/hands numerous times this winter trying to roll up the rim and losing, I now know that there might be another reward available for my troubles.