Minnesota is an “Inadequately Insured Motorist” 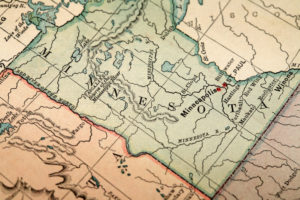 The Court of Appeal for Ontario has held that a Minnesota tortfeasor with only $500,000 liability limits is an “inadequately insured motorist” under the Family Protection Endorsement (OPCF 44R) in Ontario, where the 44R limits are $1 million.

Even though Mr. Hartley’s injuries warranted damages in excess of US$500,000 dollars, he settled the action for only US$500,000, which was the maximum payable by Minnesota to a tort claimant in the circumstances. The settlement was inclusive of legal fees, including a 22 per cent contingency fee, and disbursements. After legal costs were accounted for, Mr. Hartley was left with approximately CAD$386,500.

He then claimed the difference from Security National under his Ontario policy and, more specifically, under his OPCF 44R, which provided underinsured coverage of up to $1 million. The insurer denied the claim on two grounds: Firstly, the insurer claimed that Minnesota was not an “inadequately insured motorist” within the meaning of OPCF 44R. Secondly, the insurer claimed that U.S. legal fees were not recoverable under the OPCF 44R.

The motion judge found for the plaintiffs on both issues.

The Court of Appeal agreed with the motion judge that Minnesota was an “inadequately insured motorist” but disagreed that the legal fees were recoverable.

The evidence was that the Tort Claims Act in Minnesota provides that the State will pay compensation for property loss and personal injury caused by a state employee acting in the course of his or her employment. However, the Act contains a $500,000 cap on the amount that can be claimed by an individual and a $1,500,000 cap on the total that is payable “for any number of claims arising out of a single occurrence”. Mr. Hartley’s settlement agreement with Minnesota contained the following provision:

The parties to this Settlement Agreement agree and acknowledge that the amount paid to Plaintiff Glen Hartley and his counsel, (i.e., [US]$500,000.00) is the maximum amount Glen Hartley can recover against State Defendants pursuant to Minnesota law, including Minn. Stat. §3.736.

The Court of Appeal rejected all three arguments.

First, the language in the OPCF 44R was clear:

(a) the identified owner or identified driver of an automobile for which the total motor vehicle liability insurance or bonds, cash deposits or other financial guarantees as required by law in lieu of insurance, obtained by the owner or driver is less than the limit of family protection coverage … [Emphasis added.]

The Court held that the phrase “other financial guarantees as required by law in lieu of insurance” would include a legislated obligation by an uninsured state to indemnify its employees by paying compensation for tortious damage caused by those employees.

Second, the Court of Appeal held that the Tort Claims Act does not remove Minnesota’s liability: It limits the damages that can be collected from Minnesota:

Instead of assisting Security National, the cap on damages produces a shortfall between what Mr. Hartley is “legally entitled to recover” in damages, and what he is entitled to receive, thereby triggering a right of indemnity under OPCF 44R.

Finally, The Court of Appeal dismissed the insurer’s argument that the $1.5 million cap represents the “total of all limits” available to the claimant for the purpose of section 4 of the OPCF 44R:

When the words “the total of all limits of motor vehicle liability insurance, or bonds, or cash deposits, or other financial guarantee as required by law in lieu of insurance, of the inadequately insured motorist” in s. 4 are given their ordinary meaning in context, it is clear that they refer to the funds available to the claimant bringing the claim.

As Mr. Hartley’s claims were limited to $500,000, there was a shortfall within the meaning of section 4 of the OPCF 44R.

Section 3 of the OPCF 44R requires the insurer to indemnify the insured for the shortfall in “compensatory damages in respect of bodily injury to or death of an insured person arising directly or indirectly from the use or operation of an automobile” [emphasis added].

The motion judge found that the legal fees were not “compensatory damages”, but held that the fees could be recovered from the insurer as special damages. The Court of Appeal disagreed:

To use the vehicle of special damages to provide compensation for costs incurred in securing compensatory damages undermines the contractual agreement of the parties.