Trip and Fall? Better Land on a Car 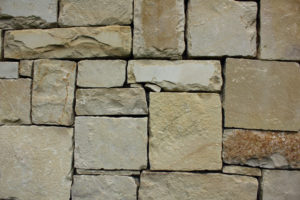 The License Appeal Tribunal has held that a person who tripped over stone blocks and fell into a parked Honda vehicle was involved in an “accident”, making him entitled to receive accident benefit under the Statutory Accident Benefits Schedule.

In D.S. v. TD Insurance, the applicant was running down a street in the early hours of September 28, 2015. He entered onto private property towards a low wall of stone edging blocks, which separated two private properties. As he was running, he tripped over the stone blocks, lost his balance, and fell head first towards a Honda sedan parked on the driveway. As a result of crashing into the parked car, he sustained catastrophic injuries.

DS applied to his insurer for accident benefits. The insurer denied the claim on the basis that DS was not involved in an automobile “accident”, which the policy defines as:

The LAT Adjudicator disagreed with the insurer and found that the claimant was involved in an “accident”.

What is an “Accident”?

The meaning of the phrase “use or operation” and “(directly) causes” has been discussed at length in many cases across Canada, in all levels of tribunals and courts. It can safely be said that each case must be decided on its own facts, although some overriding principles apply.

In Ontario, the “test” for determining whether someone was involved in an “accident” for the purpose of coverage under the SABS is:

The adjudicator relied on the Court of Appeal’s decision in Economical Mutual Insurance Co. v. Caughy (2016) to find that parking a vehicle is an ordinary and well known activity to which automobiles are put. Accordingly, the claimant met the “Purpose Test”.

Of note, the adjudicator found in the context of the “Purpose Test” that falling into the car vs. over the car was irrelevant:

The Court of Appeal decided in Caughy that parking a vehicle is part of the ordinary and well well-known activities to which automobiles are put. Therefore, it was open for the adjudicator to find that the parked Honda met the Purpose Test.

However, and with the greatest of respect, I could not disagree more with the adjudicator’s findings on the Causation Test.

It appears that the adjudicator in DS found causation because the vehicle itself caused the injuries – not its use. The adjudicator made the following finding:

Secondly, as noted above the adjudicator found in the context of the Purpose Test that it made no difference whether the claimant feel over or fell into a parked vehicle. However, the distinction is very important under the Causation Test because tripping over a parked vehicle might have something to do with how the vehicle was parked.

For example, in Caughy, the Superior Court found that the use of the motorcycle (i.e., parking it so that it obstructed a path) was a direct cause of the fall. In other words, if whoever parked the motorcycle on the path hadn’t have done so, the fall likely would not have occurred. It was the (negligent) “use” of the parked vehicle that ultimately caused the claimant to trip over it, which caused his injuries.

This finding was not challenged on appeal.

Following Caughy, I opined that the decision dilutes the Purpose Test to some degree. If the Purpose Test is designed only to rule out any aberrant uses of vehicles, one wonders whether there is any real purpose for the Purpose Test, especially if a parked vehicle that is not being used at all is found to be “use”.

Caughy might have been decided differently under the Causation Test if the motorcycle was not parked in a way that obstructed a pedestrian’s path.

But DS takes the cake.

If DS stands, insurers might consider charging much higher premiums if their insureds park their vehicles anywhere other than inside maximum security garages.